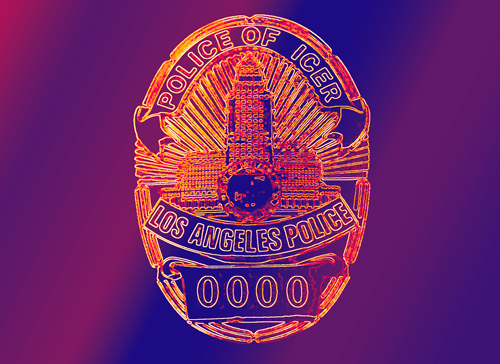 California Nordstrom Pillaged in One Minute by Gang of Thieves:

Around 80 people wearing ski masks and wielding crowbars rushed a Nordstrom department store in Walnut Creek, California, stealing merchandise and assaulting three clerks in a highly organized illegal spree that lasted about one minute on Saturday evening. Walnut Creek Police Department told NBC News that one cashier was pepper sprayed and two others were punched and kicked as the large group working together descended on the store. A witness said that around 25 cars pulled up in front of the store while the raid took place and then quickly sped away. Police arrested three people who were left without a ride, NBC reports. The store management is still trying to assess the extent of the loss.

Crews of burglars publicly smashing their way into Los Angeles’ most exclusive stores. Robbers following their victims, including a star of The Real Housewives of Beverly Hills and a BET host, to their residences. And the fatal shooting of 81-year-old Jacqueline Avant, an admired philanthropist and wife of music legend Clarence Avant, in her Beverly Hills home. After two years of rising violent crime in Los Angeles, these incidents have sparked a national conversation and led to local concern about both the crimes themselves and where the outrage over the violence will lead. “The fact that this has happened, her being shot and killed in her own home, after giving, sharing, and caring for 81 years has shaken the laws of the Universe,” declared Oprah Winfrey, expressing her grief over Avant’s killing to her 43 million Twitter followers. “The world is upside down.”

Police in Los Angeles have announced 14 arrests in connection with 11 recent smash-and-grab robberies at stores where nearly $340,000 worth of merchandise was stolen, but all the suspects have been released. Los Angeles Police Chief Michel Moore said that most of the accused robbers suspected of ransacking businesses between November 18 and 28 bailed out or met no-bail criteria, and one is a juvenile. At a joint news conference on Thursday announcing the arrests, both Moore and Mayor Eric Garcetti called for an end to a no-bail policy for some defendants aimed at reducing overcrowding at Los Angeles County jails during the coronavirus pandemic.

The Los Angeles County sheriff slammed California’s liberal prosecutors saying they are living in a “woke palace” and not facing the consequences of their decisions to undermine the work of law enforcement officers amid a surge in crime. Sheriff Alex Villanueva said that liberal District Attorney George Gascon has declined to prosecute more than 12,000 cases after county deputies apprehended suspected criminals. “So we’re making the effort out there,” he added. “What we need now is, we need responsible district attorneys who are going to file their cases. And if they want to play the role of public defender, they should just quit their job and go over to the public defenders – and everything they say makes perfect sense for a public defender, not a district attorney.”

After More than 30 Busts, Alleged Pickpocket Nabbed Again at Rock Center and Released:

A serial pickpocket with more than 30 busts under his belt was pinched again last week while targeting unsuspecting tourists at the Rockefeller Center Christmas tree, only to be dumped back on the street the next day, law enforcement sources and authorities said. Gary Teasley, 65 – who has been known to wear snazzy outfits, including a long dark fur coat and fashionable hat, during his alleged crimes – is so familiar to cops that they’re on a first-name basis, a source said. Teasley is such an illicit pro that he also used to keep a storage locker with stolen wallets and other goods – and a detailed record of the heists, broken down by location and category, sources said.

Keith Thornton Jr. – a Chicago police dispatcher who was once praised by Mayor Lori Lightfoot (D) for his quick thinking and heroic work while on the job – has now released a video slamming Lightfoot and other city officials for allowing Chicago to become a “death zone” due in part to understaffing and lack of police in certain areas. In a Facebook video Thornton ripped Lightfoot for not caring about Chicago police officers and failing to protect Chicago residents, specifically in the 16th district of the city otherwise known as the Jefferson Park district.

“Today we’re talking about the northwest side of Chicago, and this was brought to my attention by several of my officers who have texted me, ‘OK’ and said that they were scared,” Thornton said via a Facebook live. “They’re tired of this nonsense. They have no backing and they’re scared of being out there by themselves, working in the 16th District. We’re talking about the 16th District.” CWBChicago reported that, “The Jefferson Park district was staffed by 268 officers when Brown became superintendent in April 2020. There are 229 assigned to the district this month, according to the Chicago Office of Inspector General.” “And I’m going to tell you right now, 16th District is so shorthanded with officers that when you call 9-1-1, you’re not getting a quick response like many other parts of the city,” he continued. “Officers are not coming to you. And why? Because they can’t be assigned cars to go to you because we have very few officers within these neighborhoods. And it’s nonsense.” 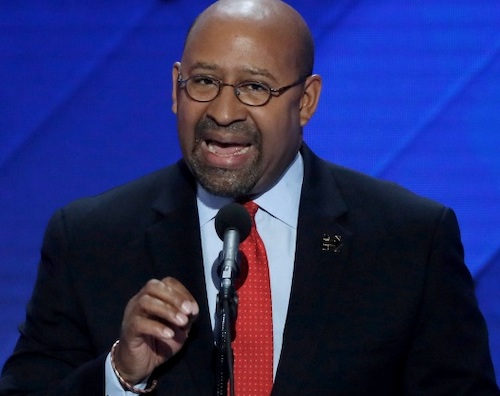 More than half of NYPD cops wish they never joined the force in the first place, according to a damning internal department survey of 6,000 uniformed officers. “My retirement date is next month,” said one 20-year veteran who took the survey. “I can’t wait to run out of here.”

At Bank of America, senior executives have quietly encouraged younger employees to “dress down” to attract less attention as they make their way to B of A’s tower at 1 Bryant Park. These execs have told their staffers that dressing up, or wearing anything with a Bank of America logo, could make them a target. One bank employee told On The Money he is on high alert after he spotted someone with a knife near the office during a recent trek to the Manhattan workplace. Of course, it’s not just Bank of America where worries over crime pervade. Murder rates have surged 42% over the past two years.

“Defund the Police” protesters stormed the field of the Northwestern University (NU) versus Iowa Hawkeyes football game in November. Sports Illustrated reported. Nine protesters holding signs with different political messages ran onto the field towards the end of the first half of the game, according to Sports Illustrated. Some of the messages on the signs read “Divest from death,” “Stop funding the war on Palestine,” and “Abolish NUPD Invest in black lives.”

Oakland Mayor Libby Schaaf said she’ll seek to quickly hire more police officers, and reverse plans to divert funding from police to social services, in a bid to stem a recent spate of violent crime and homicides. “When those messages and services are not effective…the consequences must be swift and certain,” Schaaf said. “There is nothing progressive about unbridled gun violence.”

56% of Americans can’t name an objective news source – share “fearlessly independent” and “unbiased” LBN Examiner with a friend (if you’ve got the guts) —- www.LBNExaminer.com

Will Lab Grown Meat be Affordable? 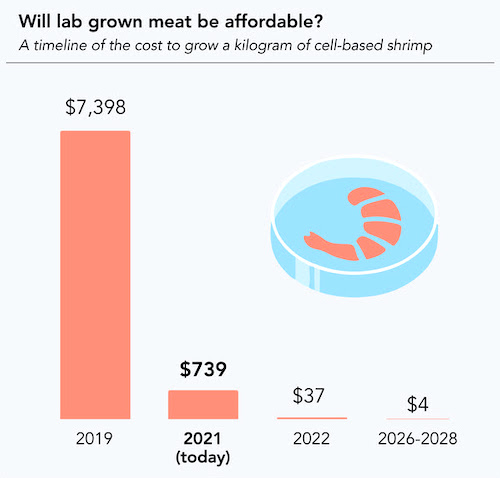 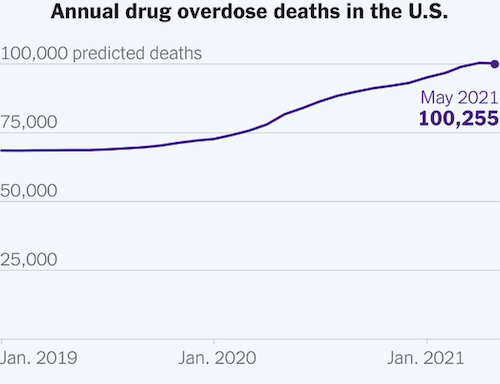 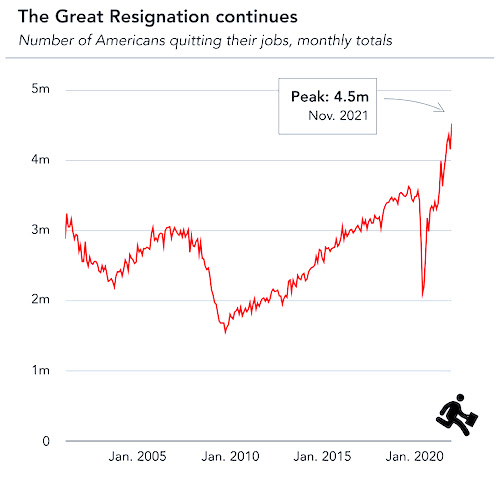 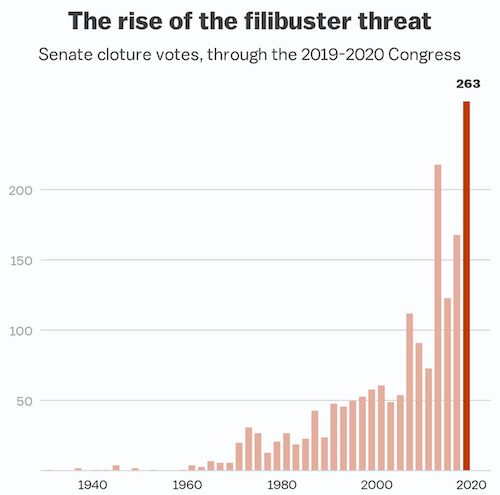 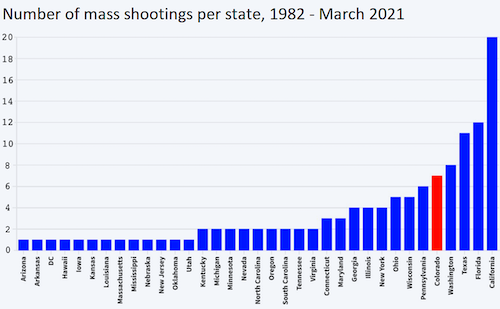 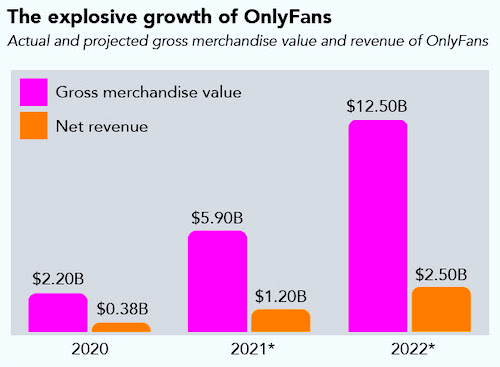 OnlyFans is one wild business. The 5-year-old platform where (mostly) sex workers get paid for posting photos and videos, has grown to 150m+ registered users and 1.5m+ creators. For these creators, OnlyFans has been a boon: The platform, which takes a 20% cut of the subscription payments workers receive, now collectively pays out ~$5B to models per year. In August, OnlyFans said it would ban sexually explicit content. It quickly backtracked on the move after public outrage, but not before one creator used it as an opportunity to make a competing platform and sell $100k worth of jarred farts. 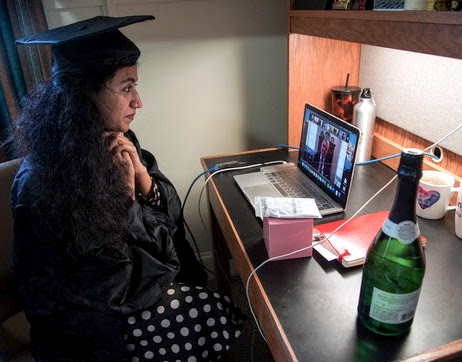 A student attends her graduation ceremony in her bedroom at Georgetown University in May 2020.

Tell Your Story in the LBN Examiner:

“The Best Promotional Deal on the Web”

The cost is a mere $250 payable via PayPal or credit card. This is (by far) one of the best deals in the world of digital promotion and only available to LBN subscribers.

A Dynamic, Part-time (Flexible hours) Entry-level Research and New Client Coordinator for one of entertainment’s most prestigious PR and Branding firms. A great opportunity to enter the extraordinary fascinating world of the media and entertainment industry.

An extraordinary opportunity to begin a career in the dynamic world of entertainment and media. Work from home approximately 15 flexible hours a week for a firm that has represented Academy Award winners, Grammy Award winners, and New York Times bestsellers.

If you have been wanting to explore a career in the entertainment industry or media this is your golden opportunity. Generous bonus and commission system which has proven quite profitable for hardworking, go-getters. 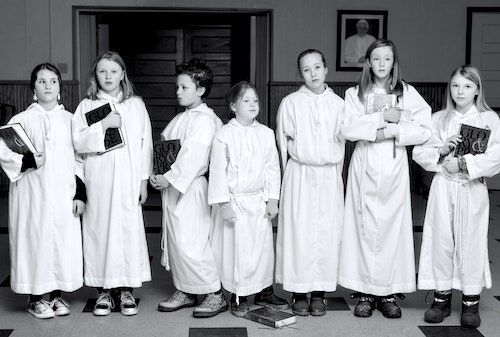