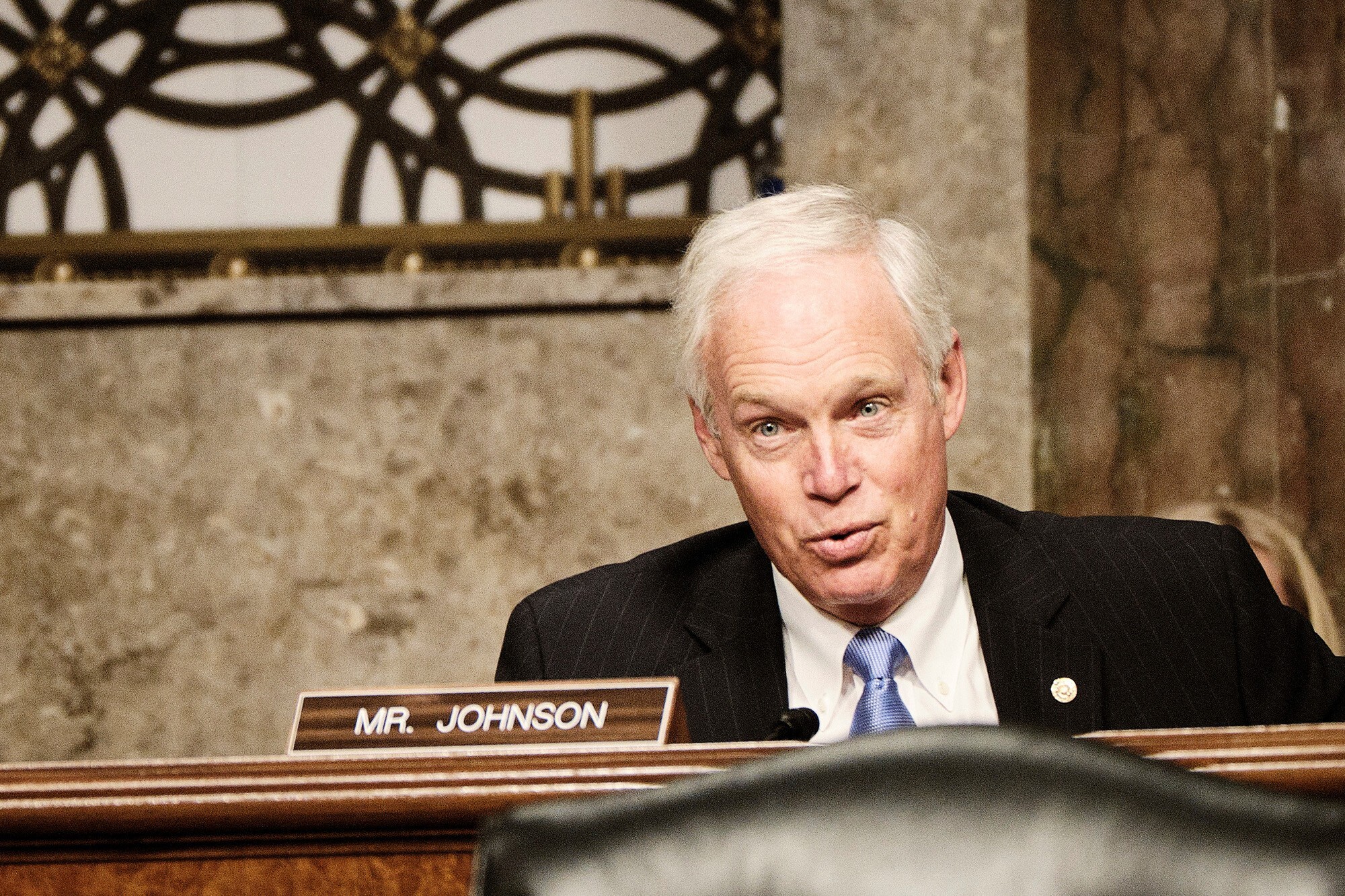 Homeland Security Secretary Alejandro Mayorkas on Tuesday insisted that the US borders are closed, but couldn’t give a “ballpark” estimate on how many of the 1.3 million illegal immigrants apprehended at the border this year are being held, were deported or released in the US. “You have repeatedly stated that our borders are not open, they’re closed. Do you honestly believe that our borders are closed?” Sen. Ron Johnson (R-Wis.) asked him during a hearing before the Senate Homeland Security Committee. “Senator, I do, and let me speak to that,” Mayorkas replied before Johnson cut him off, saying he had more questions. The senator then referred to a letter sent to the Senate’s leaders by former US Border Patrol Chief Rodney Scott that blasted the Biden administration for its lack of enforcement of the immigration policies.

He quoted Scott in the letter saying that he has been “sickened by the avoidable and rapid disintegration of what was arguably the most effective border security in our nation’s history.” “I witnessed the unprecedented seismic shift in border security and immigration policy that was initiated on Jan. 20, 2021. I believe this policy shift and the associated public statements created the current border crisis,” Scott wrote in the letter. “Contrary to the current rhetoric, this is not simply another illegal immigration surge. This is a national security threat.” 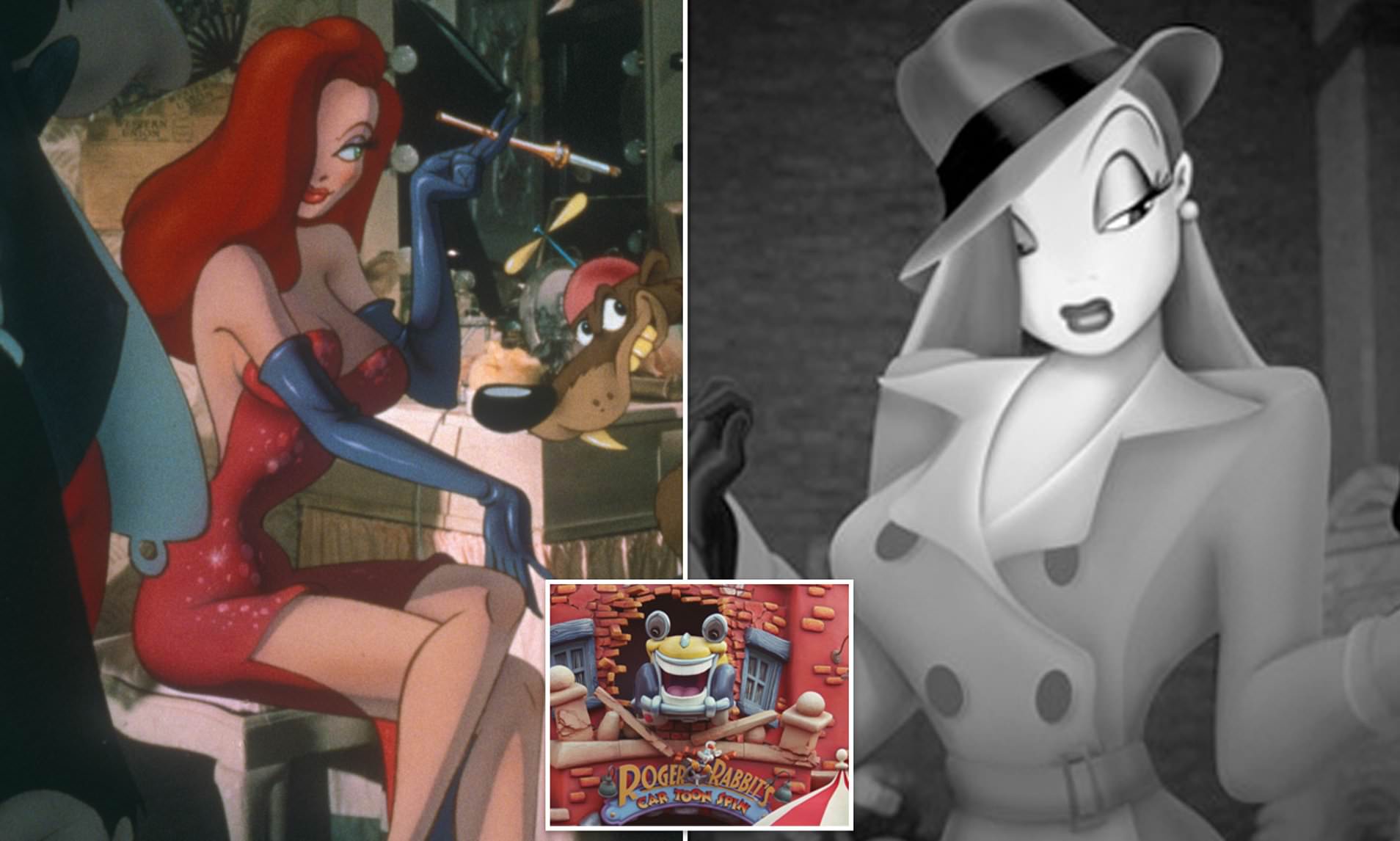 Disneyland is giving Jessica Rabbit a politically correct makeover as a private eye – ditching her famous low-rise red dress with a trench coat and a fedora – in one of its iconic rides. Jessica Rabbit is being redesigned to be more empowered and less scantily clad on Roger Rabbit’s Car Toon Spin ride, Yahoo News reports, as the ride’s backstory is updated to make her a private investigator trying to fight a rise in crime. The ride originally opened in 1994 in Mickey’s Toontown section of the Anaheim, California, theme park and featured guests catching a taxi and following Roger Rabbit and Benny the Cab as they race through Toontown looking for Jessica Rabbit, according to Inside the Magic. But under the park’s plans, the ride will get a ‘more relevant’ reboot with a new plot that features Jessica as a trench coat-wearing private investigator.

‘Citing the return of the Toon Patrol Weasels as the main driver behind the recent sharp rise in crime statistics throughout Mickey’s Toontown, Jessica Rabbit has determined it is past time to throw her fedora into the ring by starting her own private investigation service,’ a poster inside the revamped ride will read. ‘While taking inspiration from longtime friend and legendary Toon Detective Eddie Valiant, Jessica shows that she certainly means business.’ 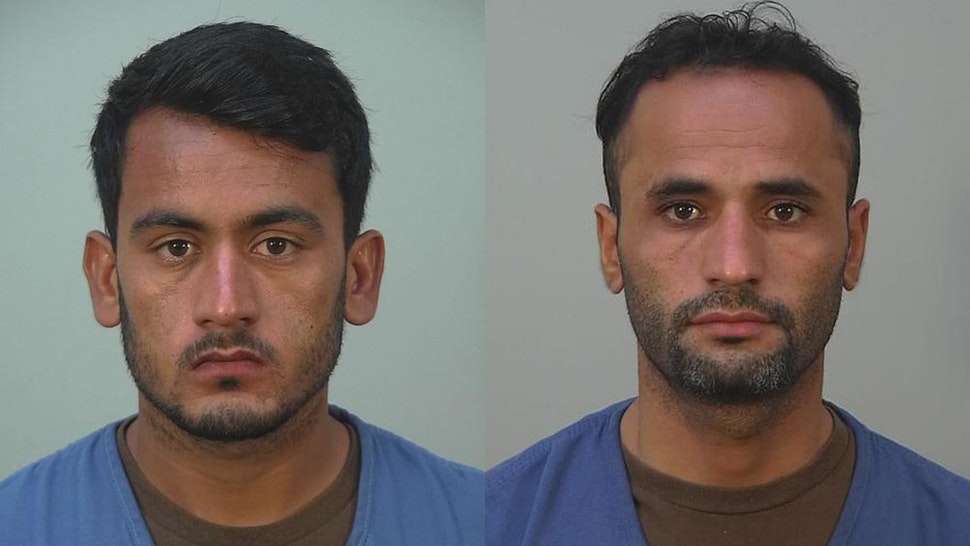 Two Afghan refugees who were brought into the United States following Democrat President Joe Biden’s disastrous pullout from the country are facing federal charges related to allegedly trying to rape a minor and suffocate a woman. “Bahrullah Noori, 20, is charged with attempting to engage in a sexual act with a minor using force against that person, and with three counts of engaging in a sexual act with a minor, with one count alleging the use of force,” the Department of Justice said in a statement. “The indictment alleges that the victims had not attained the age of 16 years and were at least four years younger than the defendant. “Mohammad Haroon Imaad, 32, is charged with assaulting his spouse by strangling and suffocating her,” the statement continued. “The indictment alleges that the assault occurred on September 7, 2021.”

The statement said that the cases were not related to each other. The DOJ added: Noori and Imaad were charged previously in complaints filed in U.S. District Court. They made initial appearances in Madison on September 16 and are being detained at the Dane County Jail. Noori and Imaad are scheduled for arraignment tomorrow, September 23, at 9:30 a.m. and 10:15 a.m., respectively, before U.S. Magistrate Judge Stephen L. Crocker. If convicted, Noori faces a mandatory minimum penalty of 30 years and a maximum of life in federal prison on the charges alleging use of force, and a maximum penalty of 15 years on the other two charges. Imaad faces a maximum penalty of 10 years. The charges against them are the result of investigations by the Federal Bureau of Investigation and the Fort McCoy Police Department. The Biden administration has repeatedly claimed that it is vetting the Afghan refugees that it is bringing into the country, even after the administration left behind thousands of SIV applicants and possibly more than 100 Americans. 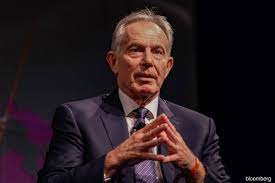 Islamism remains a “first order” security threat and the West should prepare for potential use of biological weapons by extremist groups, former British prime minister Tony Blair said. The Taliban swept to power in Afghanistan last month as the United States withdrew its troops after a 20-year war, and Britain fears the group’s return and the vacuum left by the West’s chaotic withdrawal will allow militants from al Qaeda and Islamic State to gain a foothold there. “Islamism, both the ideology and the violence, is a first order security threat and, unchecked, it will come to us, even if centered far from us, as 9/11 demonstrated,” Blair said in a speech at the RUSI security think tank to mark the twentieth anniversary of Sept. 11, 2001 attacks on the United States. Blair said the West needed to assess its vulnerability. “COVID-19 has taught us about deadly pathogens. Bio-terror possibilities may seem like the realm of science fiction. But we would be wise now to prepare for their potential use by non-state actors,” he said. 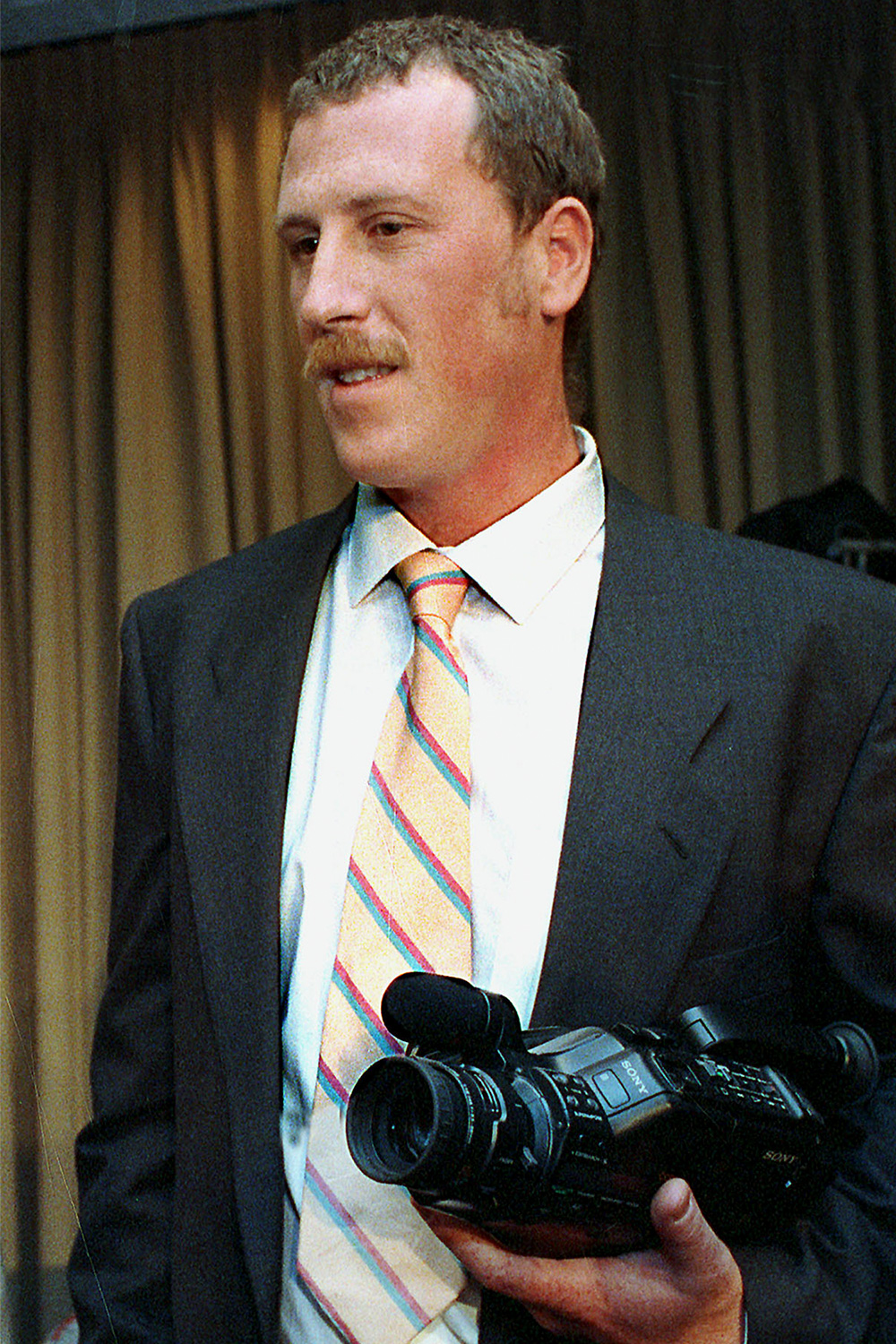 George Holliday, a plumber who famously captured footage of the late Rodney King being beaten by the Los Angeles Police Department in 1991, has reportedly died after contracting COVID-19. He was 61. According to fellow plumber and close friend Robert Wollenweber, per the Los Angeles Times, Holliday died on Sunday at a hospital where he’d been staying since mid-August in Simi Valley, California. TMZ reports that Holliday was suffering from pneumonia, blood clots and internal bleeding and was placed on a ventilator before his death. According to the outlet, Holliday was unvaccinated and his voicemail greeting mentioned that he was in the hospital with COVID.

On March 3, 1991, Holliday filmed four police officers beating King, a Black motorist, on a freeway in the Los Angeles area, which eventually led to courtroom proceedings and the historic L.A. Riot the following year after the acquittal of the four officers involved. King eventually won a civil lawsuit, in which a jury found the city of Los Angeles liable, and was awarded $3.8 million. Two officers were later convicted on federal civil rights charges and sentenced to serve prison terms. King died of accidental drowning at the age of 47 in 2012.

*EXAMINER – STORY IN A CHART:

“Fearlessly Independent” and “Unbiased” since 2002

The LBN Examiner is read in all 50 of the United States and in 26 foreign countries by influencers of all types — from Nobel Prize winners to billionaires, acclaimed journalists to professors at Harvard, Yale and Stanford, US Senators to Academy Award winners. A whopping 84% of our readers find the Examiner“fearlessly independent” and “unbiased”: which is why it is so indispensable to read weekly — especially in the times in which we live. Now you can invite your friends and family to sign up for FREE (if they’ve got the guts). www.LBNExaminer.com 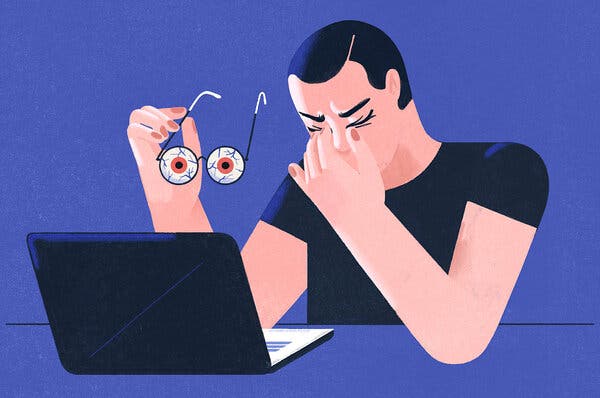 Now you can invite your friends and family to sign up to receive the LBN Examiner for free (if you’ve got the guts) —- www.LBNExaminer.com

The successful rearing of a child is a matter of three simple rules or understandings. These rules, as will become readily apparent, cannot be communicated to infants or young toddlers. Properly timed, the communication begins when a child is around eighteen months of age, give or take a few months. The introduction of these rules into a child’s life almost invariably causes great consternation, to the point sometimes of rage. The reason for this is quite simple: There have been no rules at all to speak of before this time. Well, that’s not exactly accurate. For eighteen months, the child has been led to believe that he rules. These three rules are not just new, however, but contradict the child’s understanding of how the world works. They upset the child’s apple cart, so to speak because the child had every reason to believe he ran the show and would do so forever.

So, the child screams in protest of the rules, denies that his parents are capable of enforcing them, and does many destructive things to demonstrate his defiance. This upheaval goes by the popular term “The Terrible Twos.” If parents “stay the course” through this much-maligned stage, then by his or her third birthday, the child will have accepted that the rules are fixed, as in permanent.

The First Rule (from parent to child): “From this point on in our relationship, child of mine, you will pay much more attention to me than I will ever again, as a general rule, give to you.”

The Second Rule: “You will do as I say.”

The Third Rule: “You will do what I say not because of bribe, brutality, threat, or persuasive explanation. You will do as I say because I say so. Period.”

These three rules are indispensable to the parent-child relationship. They are the foundation of the child’s “discipleship” and, therefore, his or her later success in every dimension of life. —- John Rosemond, Acclaimed child-rearing expert. 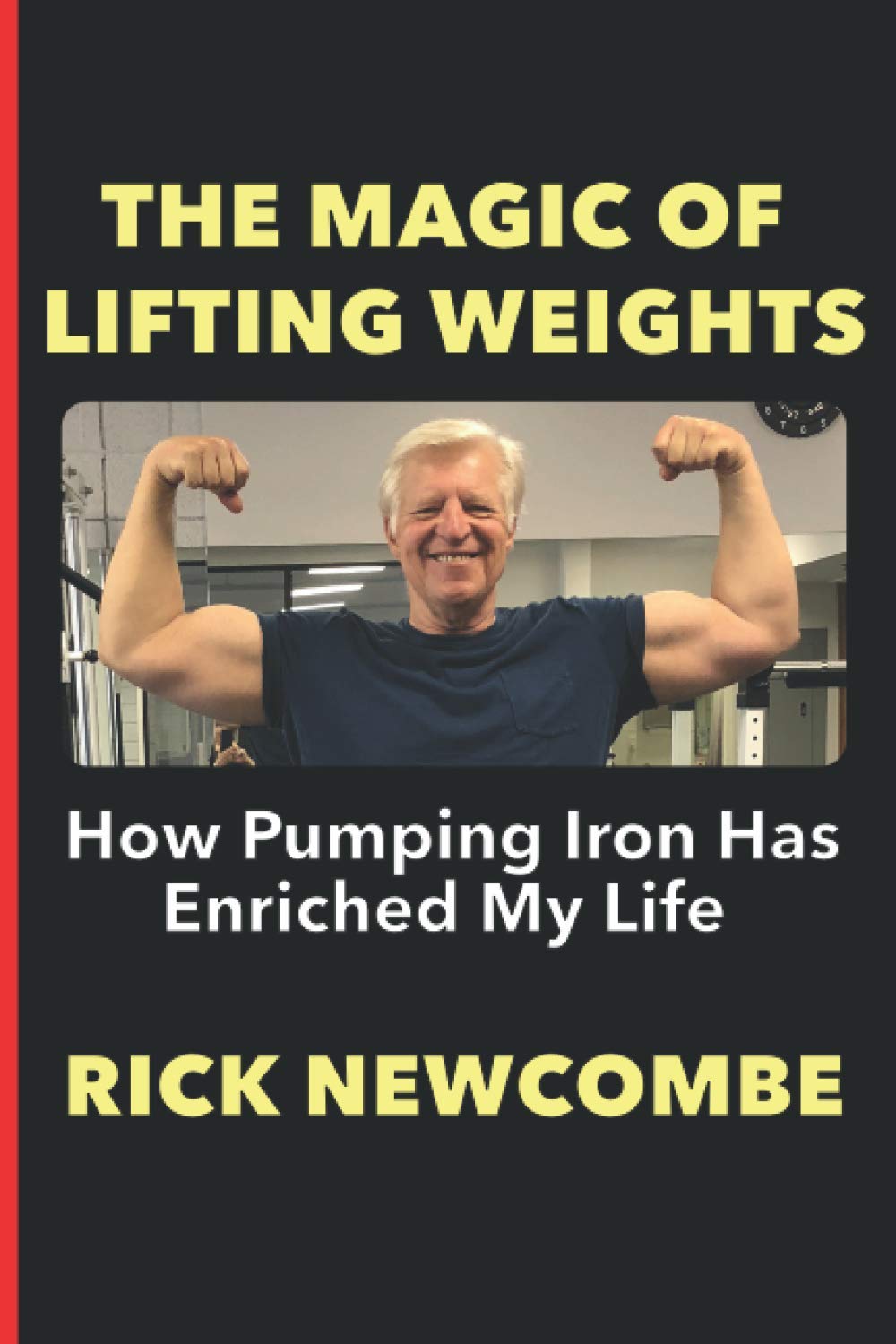 Rick S. Newcombe (born August 8, 1950) is the founder and chairman of Creators Syndicate, which currently represents more than 200 writers and artists. Since the company’s founding in 1987, the roster of talent has included Ann Landers, Hillary Clinton, Bill O’Reilly, Hunter S. Thompson, Herblock and the comic strips B.C., The Wizard of Id, Archie and Mickey Mouse. Creators Syndicate is located in Hermosa Beach, California, and distributes its content to 2,400 newspapers, magazines, websites and other digital outlets around the world.

A rebuttal policy opposing the politically and agenda-driven health experts…* Medical information will be held confidential for each person, disclosed on his or her terms. *”Illness” shall be defined not as lacking any medication, drug or vaccine but rather as toxicity in the system blocking a natural state of wellness. *Everyone shall choose their own health pathways, including the western medical model – conducive for modern surgery and emergency interventions – or an eastern model, which includes a holistic approach to health, a focus on prevention of disease, causes over symptoms, detoxification, and boosting the true healing agent: the God-given immune system. 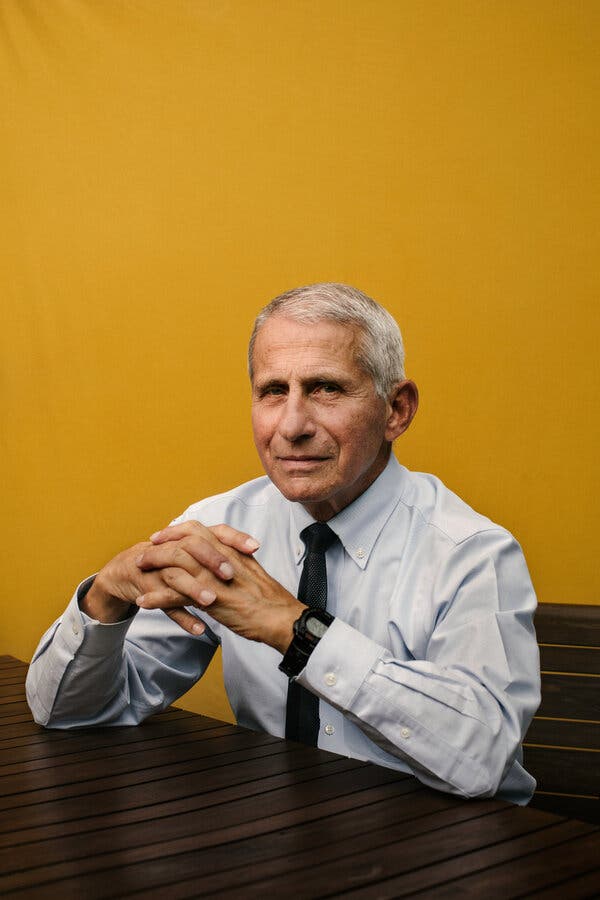 Dr. Anthony Fauci, an occasional LBN Examiner reader, joined the National Institute of Allergy and Infectious Diseases in 1968, and has been its director since 1984.

The United States in 2020 experienced the biggest rise in murder since the start of national record-keeping in 1960, according to data gathered by the F.B.I. for its annual report on crime. The Uniform Crime Report will stand as the official word on an unusually grim year, detailing a rise in murder of around 29 percent. The previous largest one-year change was a 12.7 percent increase in 1968. 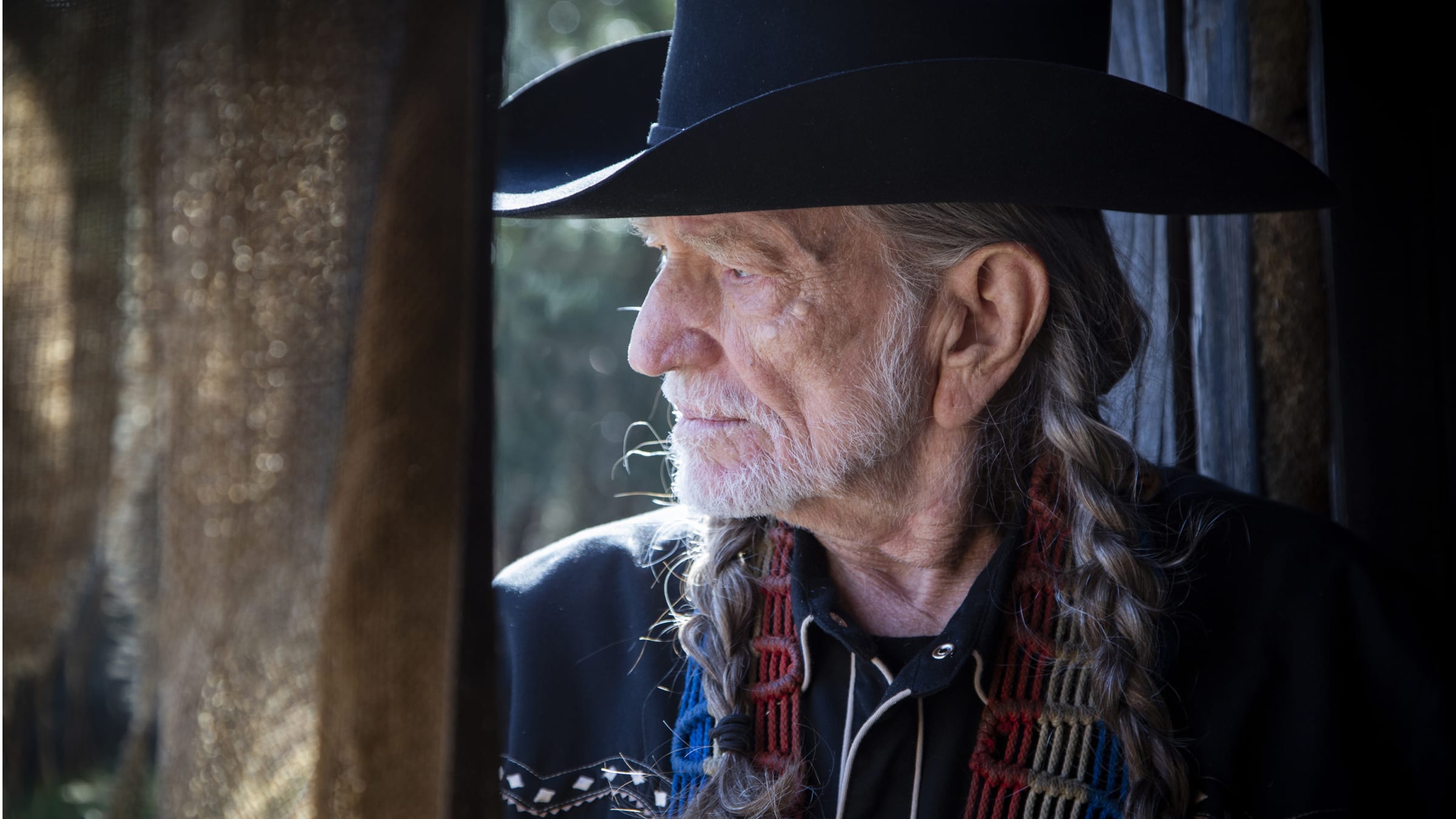 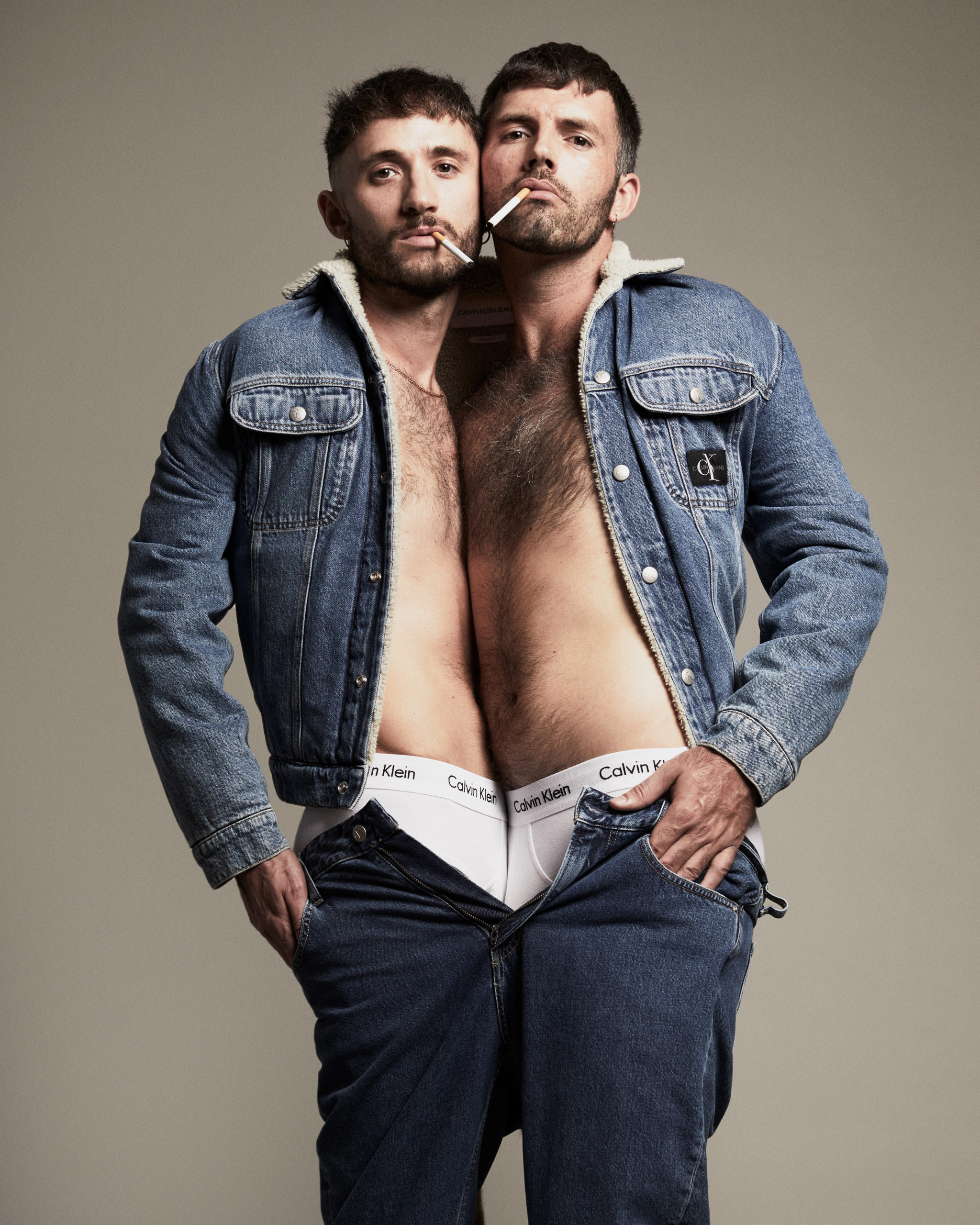