A school in Virginia showed second graders an anti-police video telling children, “I feel safe when there are no police,” the Fairfax Times reported. The video was included in a summer learning guide at Bailey’s Elementary School for the Arts and Sciences in Falls Church, according to the Fairfax Times. Woke Kindergarten, a group describing itself as committed to “abolitionist early education and pro-Black liberation,” created the video. The minute-long video says that all people deserve to feel safe in their bodies, schools, and community. “Why do some people feel safe with police and others don’t?” the narrator asks. The video concludes by saying it’s everyone’s job to help people “who are being treated unfairly,” while showing a picture of a Black Lives Matter protest.

The summer guidance may have also been available to students at other schools in the Fairfax County school district, Asra Nomani, a vice president at Parents Defending Education, who has three teenage children enrolled in the district, said. “The message that they’re trying to send to the second graders is exactly the mixed messages that adults are having to deal with, which is we feel unsafe out in the streets now because of the entire ‘defund the police’ movement that has led to less police presence,” Nomani said. “But now the police are being blamed for it.” “It’s a very dangerous message because there was a time when you were actually taught to go to the police, if you were lost or if you felt unsafe,” she said.

*DENVER SPENDS MORE ON HOMELESS THAN ITS STUDENTS AND POLICE: 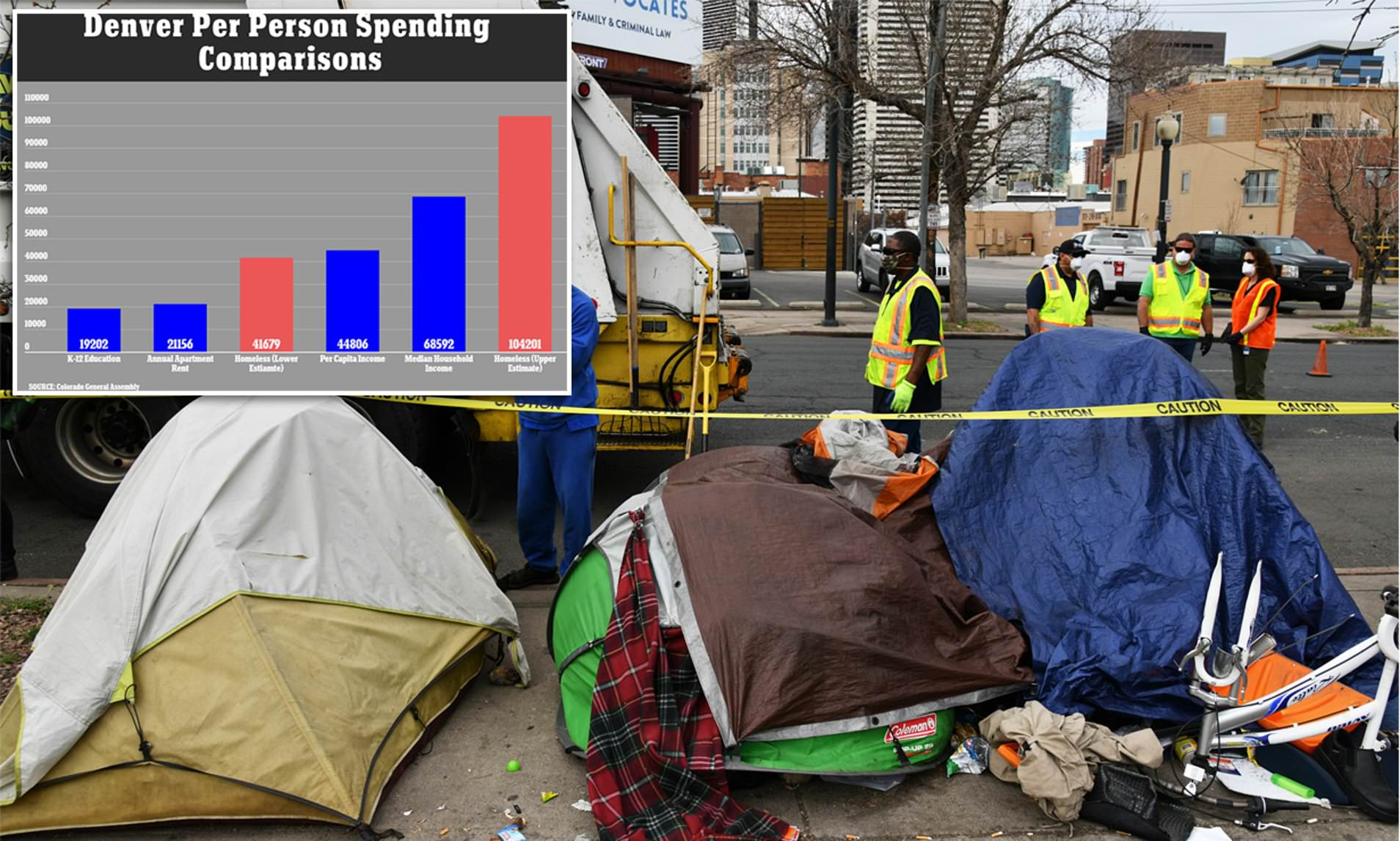 *COVID-POSITIVE MAN WHO DEVELOPED RARE DISORDER PLEADS FOR OTHERS TO GET VAXXED:

A California man said misinformation caused him to not get the COVID-19 vaccine—and now he’s in the hospital with a rare neurological disorder. “We would say, ‘That isn’t going to happen to us,’ or ‘It [COVID] isn’t real, we won’t get sick,’ and then it happened to all of us,” Saúl Torres told KCRA. It’s because of this, he says, others should get the vaccine. He contracted the virus last month, losing 40 pounds and eventually developing Guillain-Barré syndrome, a disease that induces the immune system to attack the body instead. Yesenia Ramos, an internal medicine resident at the University of California Davis, said Torres’ situation is an example of how Latino populations view the virus, contributing to their low vaccination rates. “Among the Latino population, there’s just a lot of myths among each other and they don’t know the truth about the vaccines and they don’t see a doctor to get educated on it,” Ramos said. She said GBS often follows a viral or bacterial infection, leading to fears it may be connected to COVID-19. Ramos said Torres may require physical therapy to fully recover. 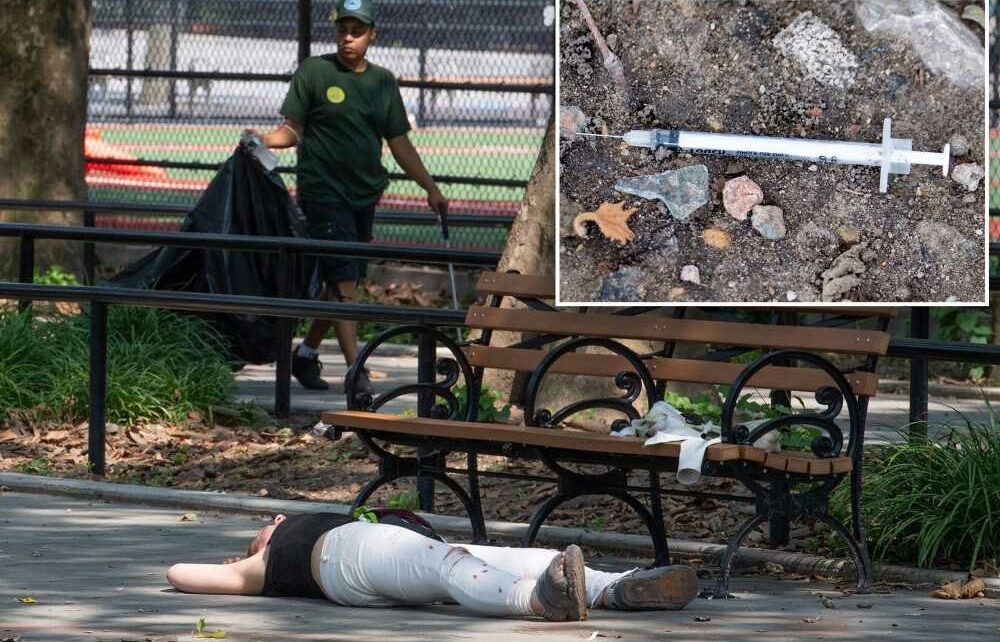 Regular visitors to Patterson Playground in the Bronx have long complained about the rampant drug use there – and now they have data to show just how bad the situation is. Recently released records show that the city picked up more used syringes there than at any other Bronx playground in any month of 2019. Workers cleaned up 2,352 needles at Patterson, near P.S. 18 in the Mott Haven section, in August 2019, according to city data obtained by the MuckRock website on July 21. In all, 4,714 syringes were collected off the ground at Patterson in June, July, and August of 2019, up 24% from the same time period in 2018, when 3,792 needles got picked up, the city data says. “They’re all over the place. All over the streets. Every place you are, you find one,” said Pedro Velez, who has lived in the neighborhood for 20 years. “People over here know, so they walk very lightly. They’re very vigilant.”

*’WE GET SPIT ON. WE GET THINGS THROWN AT US’: A LOOK AT CHICAGO POLICE DEPT. RISING RETIREMENT NUMBERS: 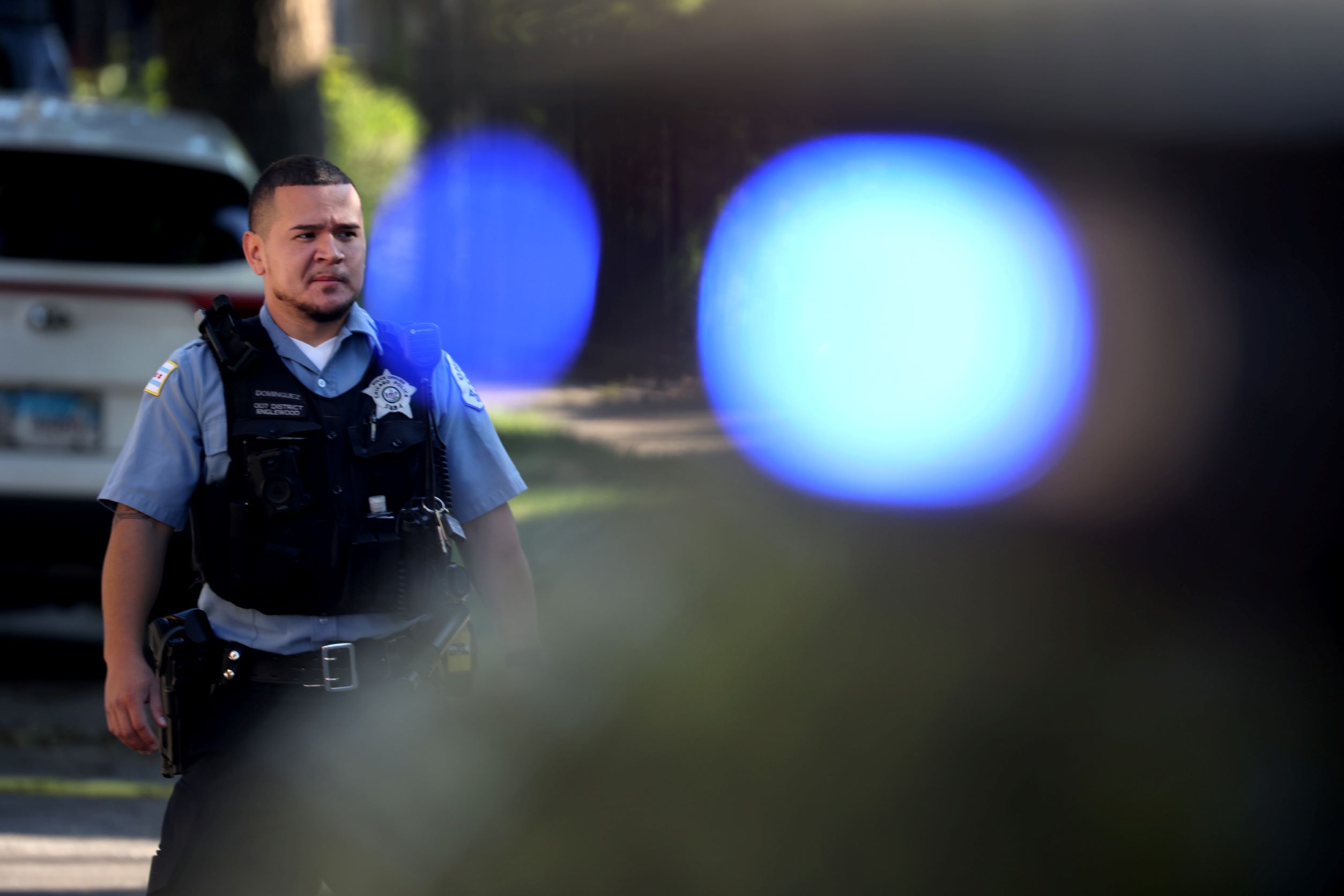 We are tracking a growing number of Chicago police officers leaving their jobs, even without a pension. In just the first six months of this year, 367 officers retired. CBS 2 spoke to a recently retired officer who gave some insight into the rising numbers. “People see us as the enemy and we’re not. All we’re trying to do is help the people of the community, the city of Chicago.” This person, who had nearly 25 years on the job, retired within the past year from the Chicago Police Department. Retirement numbers are broken up in two ways: Those who don’t get their pension because they’re not eligible and those who do get a pension. Data obtained through public records show in 2017, 37 officers left the department before being eligible for a pension. So far this year that number is nearly double with 68 officers.

For those who are retiring with their pension, that number has been climbing steadily over the years: In 2018 there were 339 retirements. The following year in 2019, there were 475. In 2020, there were 560 retirements. And already this year: 367 just through the month of June. For this retired officer, who left the department with numerous commendations, the streets of Chicago became too much. “We get spit on. We get things thrown at us, you know, you, they’re fighting with us. People are protesting, calling us names and not just the protestors,” said the retired officer. “But you’ve got the people who are supposed to have our back in government.”

*WHAT’S UP? BY SARAH GARCA

***In his State of the Union address in 1996, President Bill Clinton seemed to concede the triumph of Reaganism over liberalism and socialism: “We know big government does not have all the answers. We know there’s not a program for every problem. We have worked to give the American people a smaller, less bureaucratic government in Washington. And we have to give the American people one that lives within its means. The era of big government is over.” In 2021, Biden and his party are saying: Clinton was wrong to concede Reaganism its victory. When there is a big crisis in the country, FDR was right: Big government is the solution. If the terrain looks unfamiliar, that is because we are crossing a new continental divide. We are entering Sen. Bernie Sanders and Rep. Alexandria Ocasio-Cortez country.

***How do nations slip from greatness to obscurity? • Fighting endless wars they can’t or won’t win • Accumulating massive debt far beyond their ability to repay • Refusing to guard their borders, allowing the nation to be inundated by an alien horde • Surrendering control of their cities to mob rule • Allowing indoctrination of the young • Moving from a republican form of government to an oligarchy • Losing national identity • Indulging indolence • Abandoning faith and family – the bulwarks of social order. 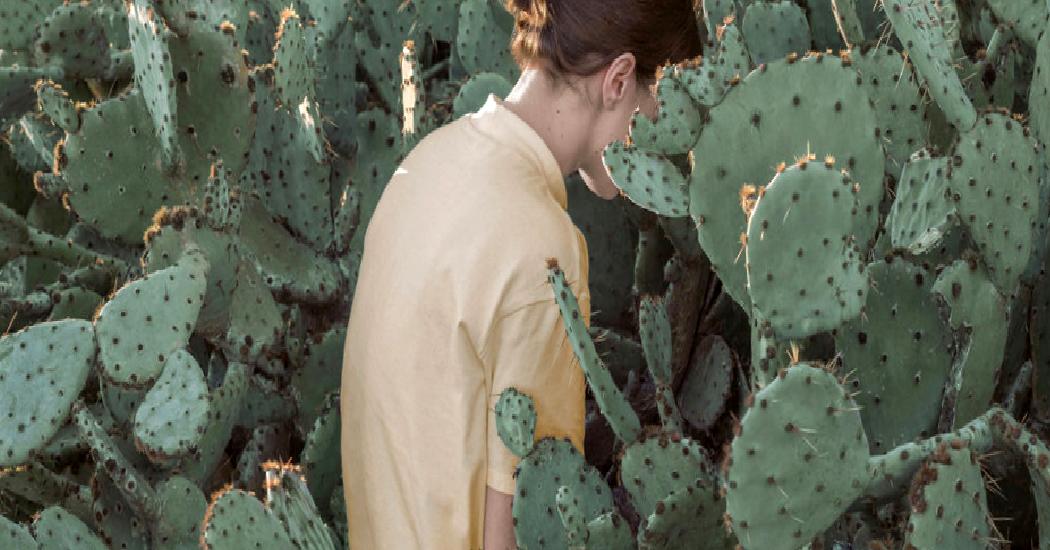 An unattractive person misses out on nearly a quarter-million dollars in earnings over a lifetime. 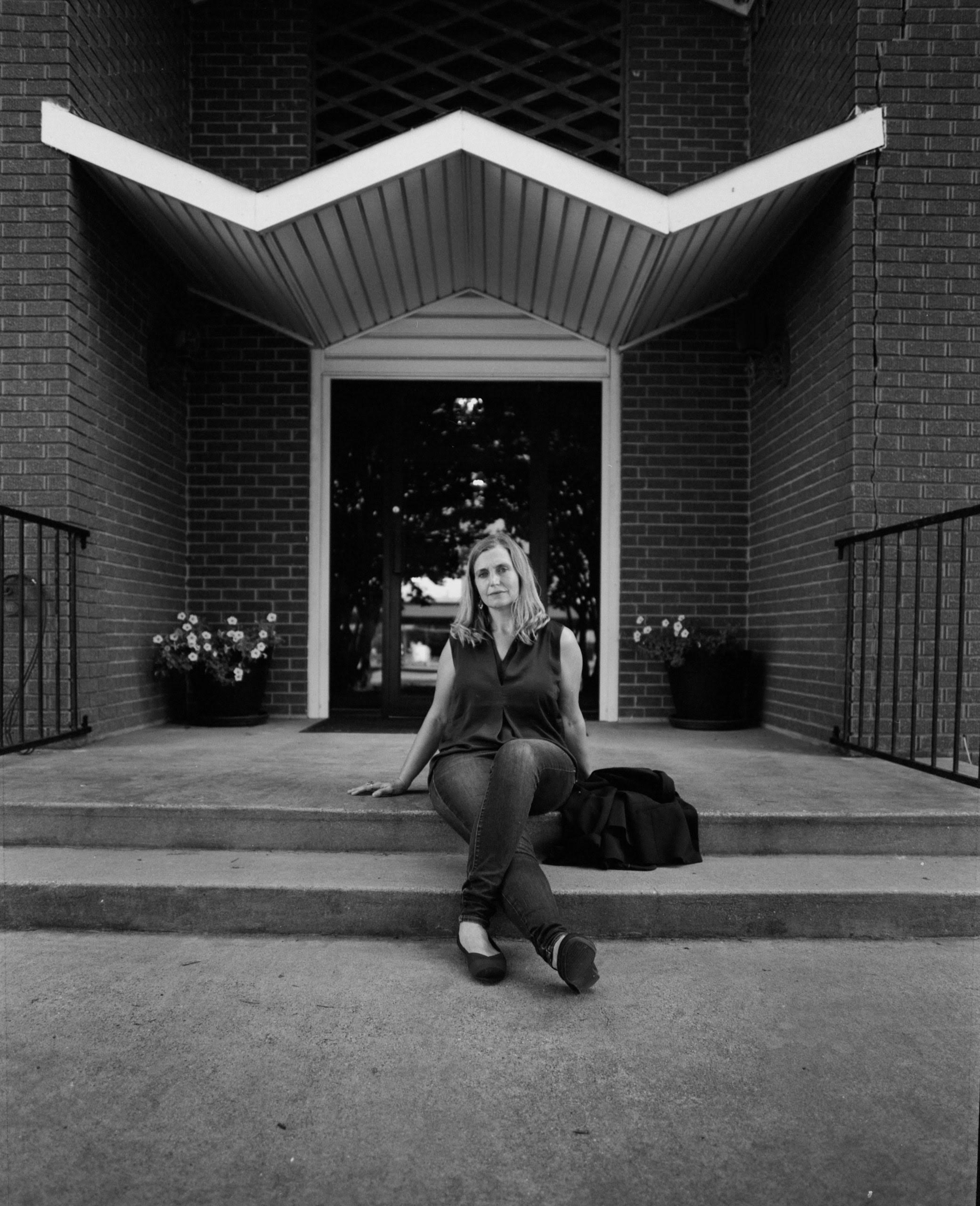 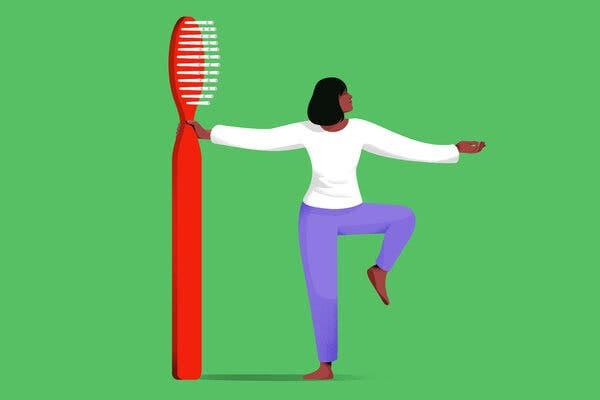 The LBN Examiner is read in all 50 of the United States and in 26 foreign countries by influencers of all types – from Nobel Prize winners to billionaires, acclaimed journalists to professors at Harvard, Yale and Stanford, US Senators to Academy Award winners. A whopping 84% of our readers find the Examiner “fearlessly independent” and “unbiased”: which is why it is so indispensable to read weekly – especially in the times in which we live. 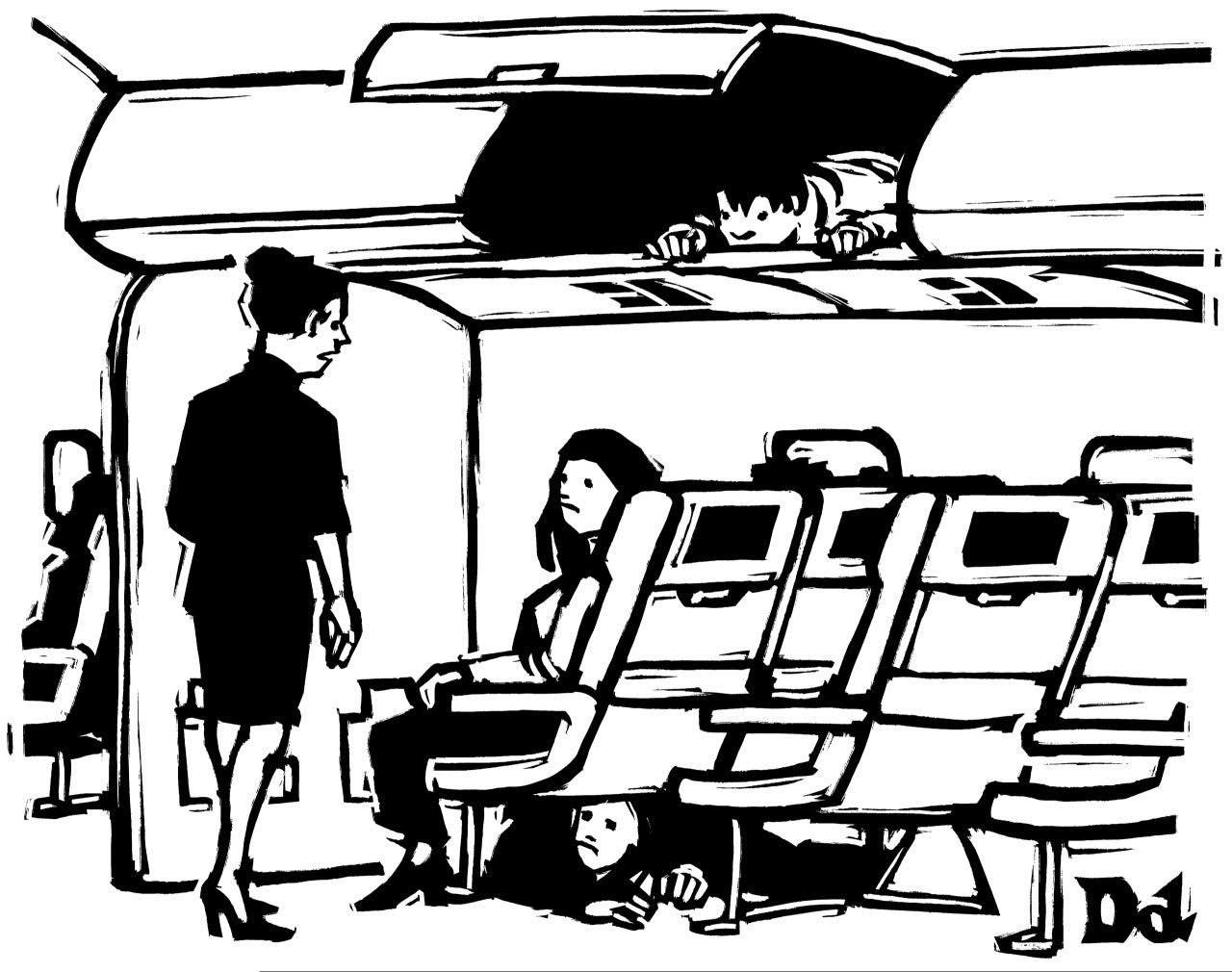 “Your anxiety should fit either under the seat or in the overhead compartment.” 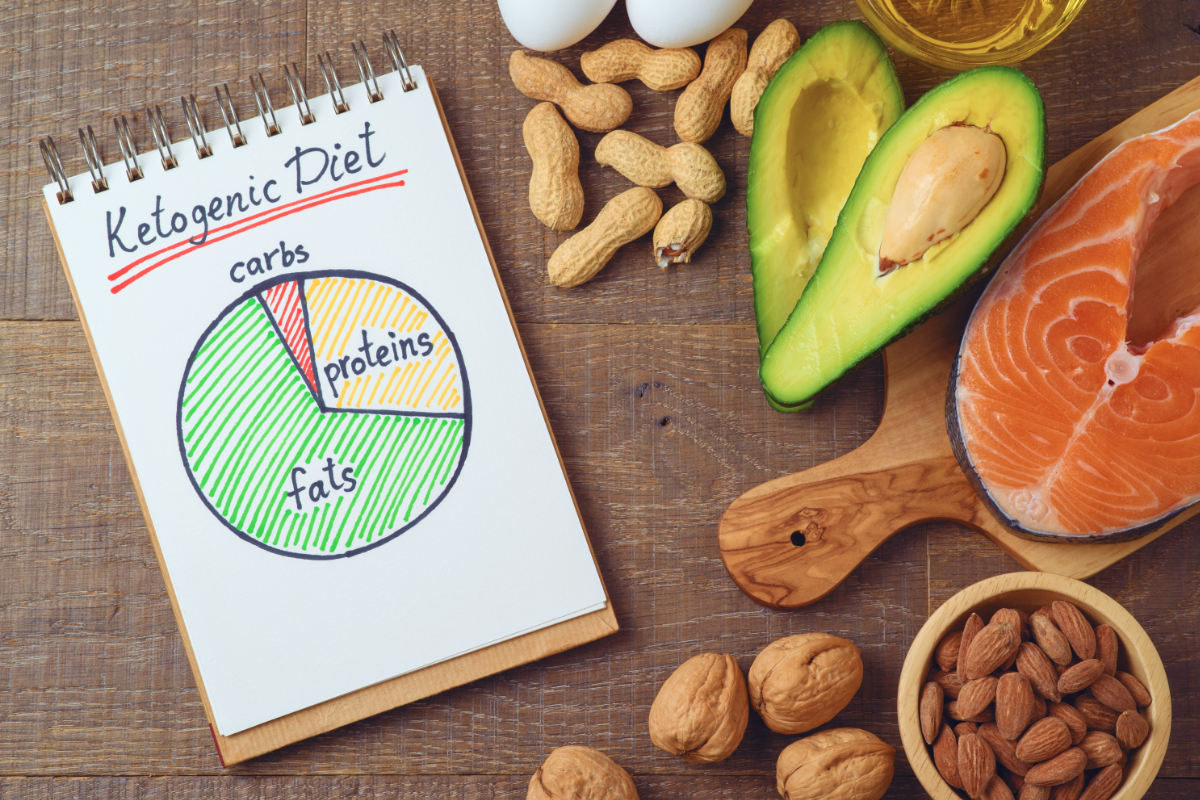 Ketogenic diets may be very fashionable right now, but a new study warns they may be doing long-term damage to your health. Researchers say that what makes these high-fat diets different from other weight loss strategies is also increasing the risk of developing a multitude of different diseases. Those include heart disease, cancer, diabetes, and even Alzheimer’s disease. “The typical keto diet is a disease-promoting disaster,” says lead review author Lee Crosby, RD, nutrition education program manager at Physicians Committee for Responsible Medicine, in a media release. “Loading up on red meat, processed meat, and saturated fat and restricting carbohydrate-rich vegetables, fruits, legumes, and whole grains is a recipe for bad health.” Crosby and a team from NYU’s Grossman School of Medicine, New York City Health and Hospital at Bellevue, the University of Pennsylvania, Loma Linda University, and George Washington University School of Medicine conducted what the scientists call the most comprehensive review of the keto diet to date. Their findings appear in the journal Frontiers in Nutrition.

A “ketogenic” diet generally refers to any weight loss plan that is very low in carbohydrates, increases protein intake, and is high in fat. You might ask, why would someone think this is a healthy diet? Well, there’s actually a scientific reason for it. Keto diets are popular because this mix of food fuel tries to trigger ketosis in the body. This process activates the production of ketones, which are an alternative energy source for the body. What makes ketones so appealing is the fact that neurons and other cells can metabolize this energy better than fatty acids. However, the new review finds the foods keto diets use to achieve this may harm the body over the long haul. 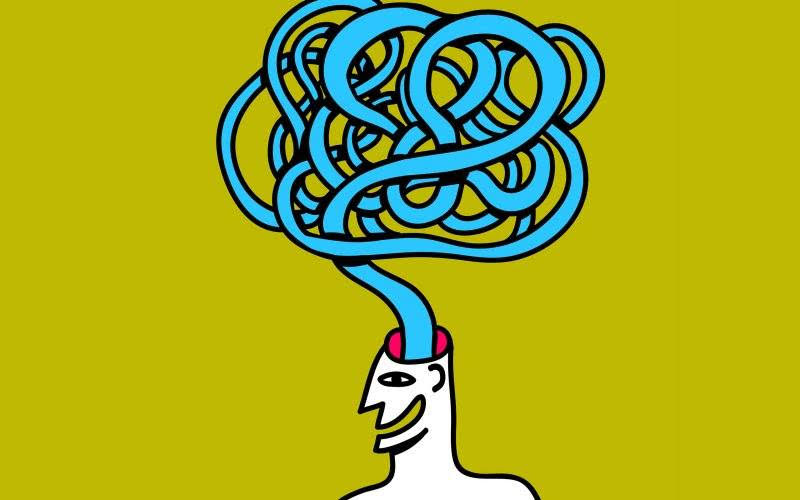 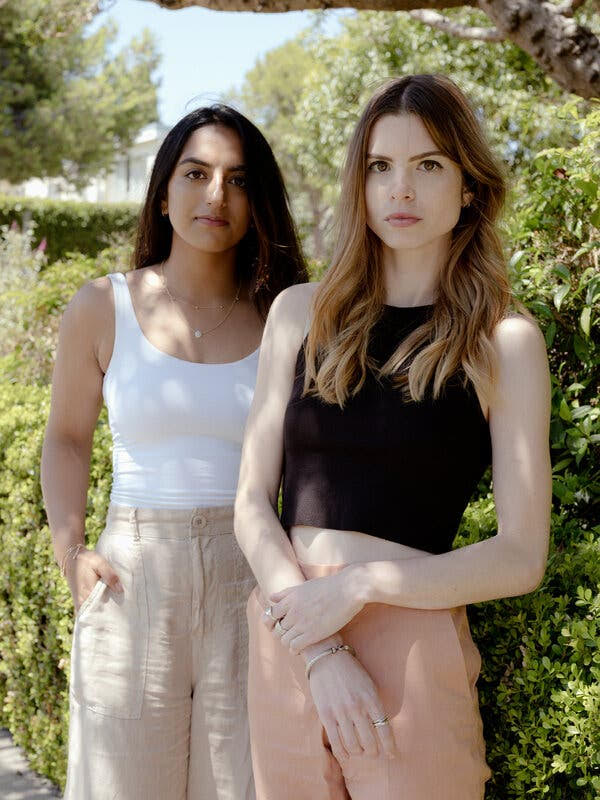 Lindsey Lee Lugrin, right, and Isha Mehra have created an app where online influencers can share information in a collective effort to raise their pay.

Like clockwork, LBN Examiner hits my inbox every Sunday. I’m an infomaniac and always read every single word. There’s never a story in LBN that doesn’t keep my attention from beginning to end. As someone who likes to make up my own (damn) mind, I find it “fiercely independent,” and endlessly entertaining. 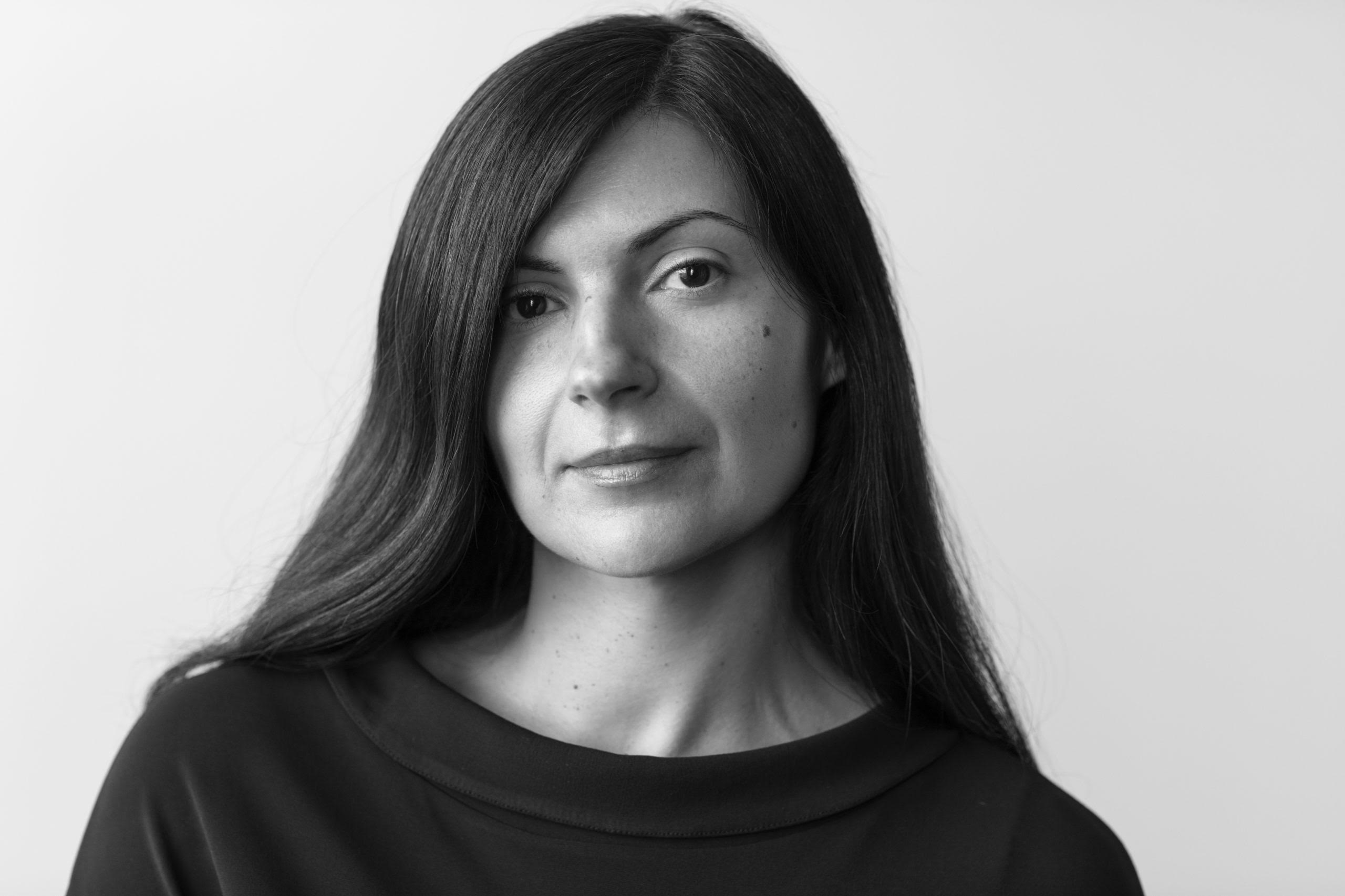 Acclaimed Novelist Mona Awad along with 12 members of the White House staff, 3 Nobel Prize winners, over 100 Academy Award winners, 6 US Senators, and over 300 Grammy Award winners. 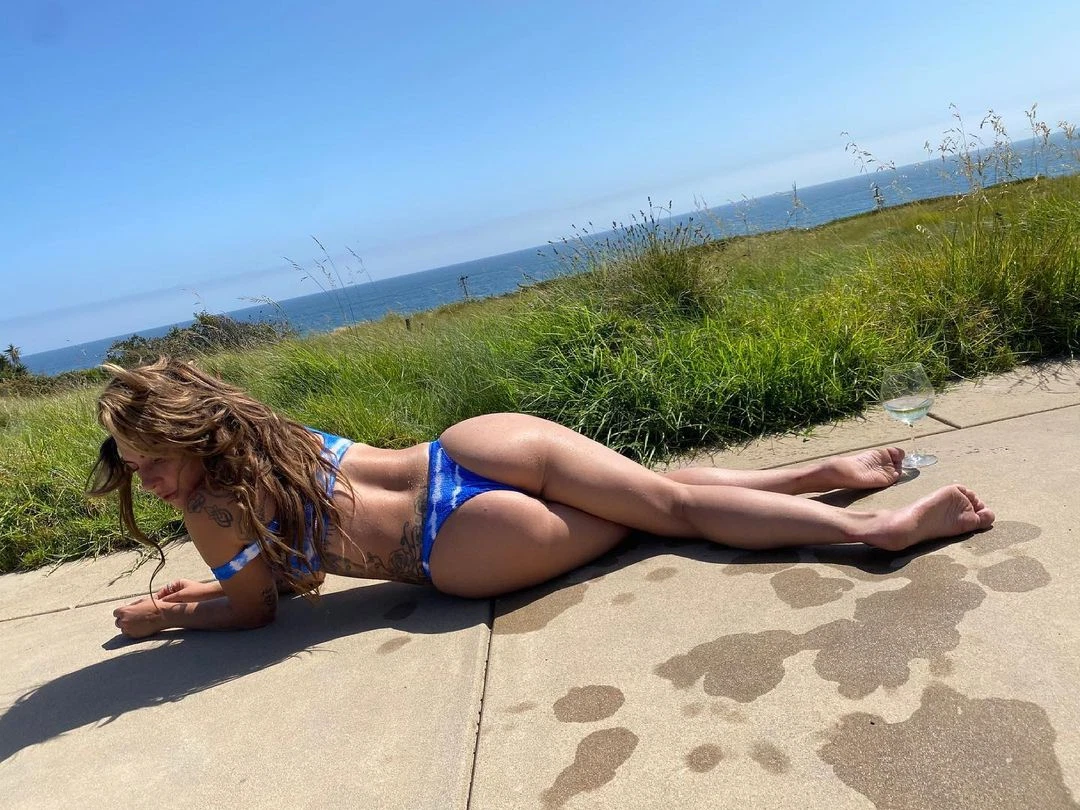 Lady Gaga soaks up the sun in a blue tie-dye thong bikini. 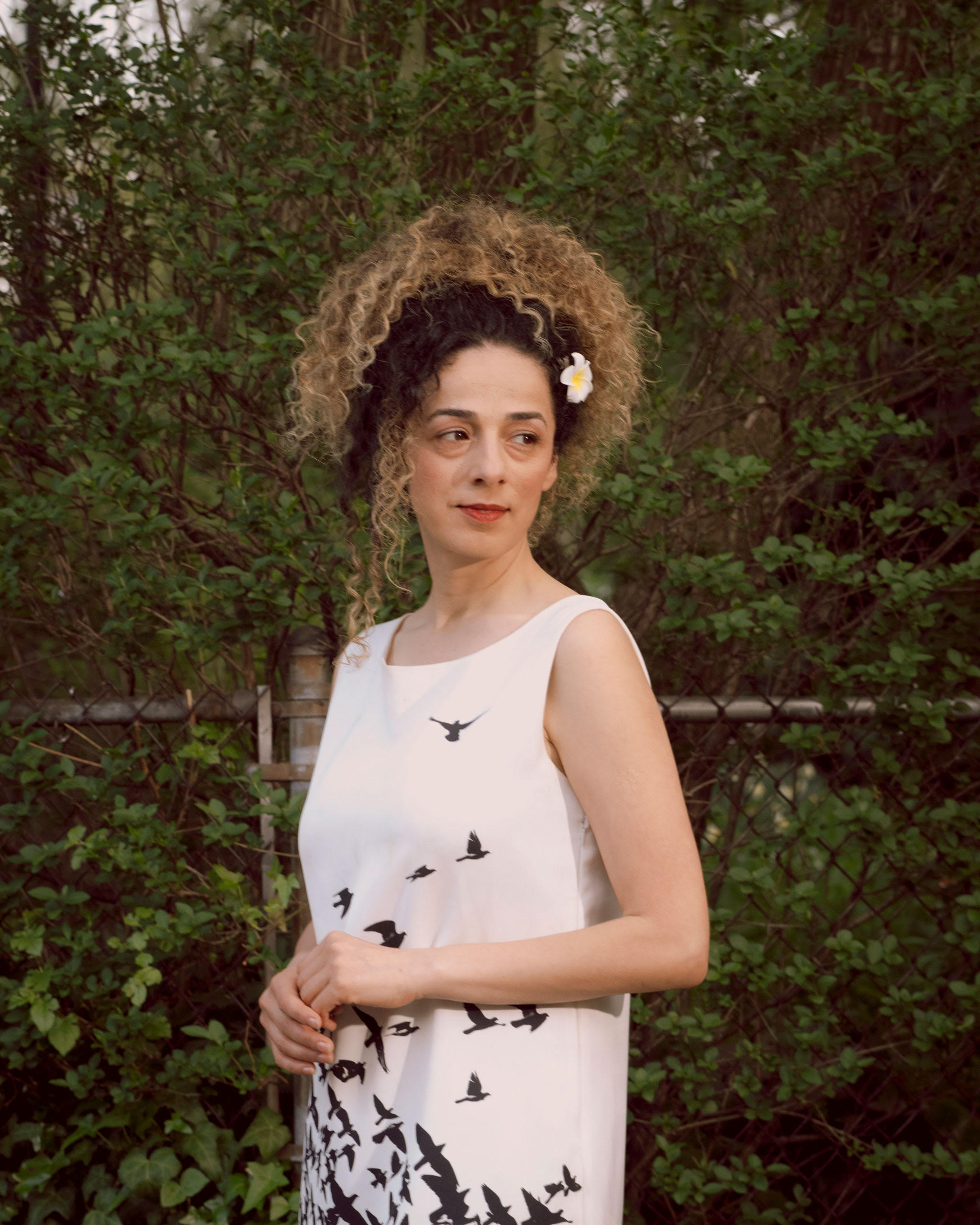