Hopefully, America’s spies are a little more stealthy. The Office of the Director of National Intelligence (ODNI) was roundly mocked on social media Thursday for using an image on the cover of its annual diversity report that was obviously Photoshopped. The report, subtitled “Hiring and Retention of Minorities, Women, and Persons with Disabilities in the United States Intelligence Community,” featured a photo of smiling, diverse office staffers standing in a lobby, flanked by a woman in a wheelchair and a blind man with a seeing-eye dog. The title of the image on stock photography company Shutterstock is: “Portrait Of Multi-Cultural Office Staff Standing In Lobby.” But one glaring problem — which was first pointed out by Republican political consultant and podcaster Luke Thompson — is that the woman in the wheelchair and the blind man don’t appear in the original stock photo. They seem to have been Photoshopped into the image used on the ODNI report.

The faculty of a Washington Heights high school is rebelling against their principal, charging in a vote of no-confidence that she has “flagrantly but unsuccessfully attempted to divide our school by race.” Paula Lev, principal of the High School for Law and Public Service, is now under investigation by the city Department of Education for allegedly telling a faculty member she “was going to get rid of all these white teachers that aren’t doing anything for the kids of our community,” a complaint states. Lev, a Dominican, also asked the faculty member to “conspire with her” to try to oust a white colleague, according to the complaint filed last week with the DOE’s Office of Equal Opportunity. “She definitely has something against white people,” says the complaint. On the last day of school, Lev gave the faculty member a notice that he was “placed in excess” — meaning no longer needed at the school — and should look for a job elsewhere in the DOE.  “He blew the whistle on her and a week later he was excessed,” a colleague said. It’s unclear whether Lev knew about the complaint.

Oil prices climbed to a six-year high  as the Organization of the Petroleum Exporting Countries (OPEC) and Russia continue to tamp down on global output. July 4th gas prices were among the highest in almost seven years at a national average of $3 a gallon, the WSJ reported. The price and demand increase is causing concern among executives and OPEC leaders that higher prices could impact the economic recovery from the pandemic and ramp up inflation.

It seems even Hollywood’s most passionate left-wing activists are waking up to the dangers of cancel culture. In the July 5 episode of the podcast, “Conan O’Brien Needs a Friend,” the recently retired host of “Late Night with Conan O’Brien” asked veteran actor Sean Penn about the trend of destroying careers for past political incorrectness. “Empathy is a very important word and also forgiveness,” said O’Brien. “We found that someone did something in 1979 that is now not appropriate. They’re dead to us.” O’Brien went on to describe cancel culture as “very Soviet,” saying, “People can also be forgiven. If they even need forgiving. What happened to that?” Penn agreed with O’Brien, calling the practice “ludicrous. “In illustration, Penn brought up Alexi McCammond, editor-in-chief of Teen Vogue who was fired after only a few weeks on the job for anti-Asian comments she tweeted as a teenager. “When we’re destroying careers like that, what are we really achieving? What are we doing?” the Oscar-winning star of films like “I Am Sam” and “Mystic River” wondered.

Researchers took a comprehensive look at statistical findings from 46 different studies around the globe and found that the use of a cell phone for more than 1,000 hours, or about 17 minutes a day over a ten year period, increased the risk of tumors by 60 percent. Researchers also pointed to findings that showed cell phone use for 10 or more years doubled the risk of brain tumors. Joel Moskowitz, director of the Center for Family and Community Health with the UC Berkeley School of Public Health conducted the research in partnership with Korea’s National Cancer Center, and Seoul National University. Their analysis took a comprehensive look at statistical findings from case control studies from 16 countries including the U.S., Sweden, United Kingdom, Japan, Korea, and New Zealand. “Cell phone use highlights a host of public health issues and it has received little attention in the scientific community, unfortunately,” said Moskowitz.  Cell phone use has increasingly become part of people’s daily lives, especially with the emergence of smartphones. Recent figures from the Pew Research Center showed that 97% of Americans now own a cell phone of some kind.

Senator Bernie Sanders heading back to his office after breakfast in Burlington, Vt

Did you know that seven (7) members of Senator Sanders’ staff read this LBN Examiner weekly.

Until 1948, 7-Up contained “lithium citrate,” a mood stabilizer used to treat bipolar disorder.

Malcolm Gladwell is a journalist, author, and podcast host with something super brilliant to say on just about everything. So we peppered him with wide-ranging questions, focusing on topics from the newest season of his podcast, Revisionist History.

10 years down the line, which activity will passengers in driverless cars do most frequently: work, sleep, chat, or something else?
– All of the above! The biggest worry, of course, is that we’ll be able to use our time so productively while being driven around that we’ll drive everywhere, at the drop of the hat, and the world’s already terrible traffic will only get worse. I mean, right now you might take the train to work instead of braving rush-hour traffic. But if you can watch Netflix the whole time, why would you care about being stuck in traffic?

Should we trust the US News & World Report college rankings?
– Of course not! OMG. Is that not obvious? Think back on your time in college and what you liked most about that experience. And then ask yourself: Is that thing you remember so well measurable and quantifiable? Or ask yourself: Is it possible (if we’re being honest about it) to compare, say, the Air Force Academy with Yeshiva University, using the same metrics and the same scale? I mean, come on.

When did you realize The Little Mermaid was not like other Disney movies?
– I read a brilliant law review essay about The Little Mermaid by a law professor in Chicago named Laura Beth Nielsen. And what I learned was so disturbing that I decided that I had to (very belatedly) watch the movie. Let me just say this: It was much worse than I had anticipated. That’s why we ended up doing three episodes on the movie in the new season of Revisionist History.

Do you still believe in the 10,000-hour rule?
– I believe what I have always believed, that true expertise in any cognitively complex field requires a lot of preparation. Far more than we imagine. Does that preparation always take 10,000 hours? Of course not. That number is more metaphor than prescription.

What do you most often think about when you’re long-distance running?
– When I finish a run I usually think only about food. I always run before dinner. It’s my version of an aperitif.

What would you write on a gigantic billboard?
– Seriously? I would repeat the greatest of all journalism dictums: “Afflict the comfortable! And comfort the afflicted!”

If you had to make your own zombie movie, what would your zombies be like? How would they be different from stereotypical zombies?
– My zombies would be Canadian, like me. They would be unfailingly polite. They would run a clean and functional zombie-universe. They would look upon their southern zombie neighbors with a certain degree of alarm. 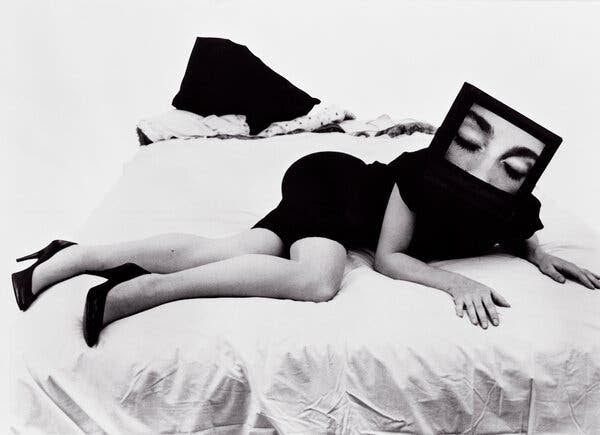 (NOTABLE) REMARKS:
***Research has found that people laugh five times as often when they’re with others as when they’re alone. Even exchanging pleasantries with a stranger on a train is enough to spark joy. That’s not to say you can’t find delight in watching a show on Netflix. The problem is that bingeing is an individual pastime. Peak happiness lies mostly in collective activity. —- Adam Grant.

Some of the most memorable images of Caine appear in a new book by his friend the photographer Terry O’Neill.