As Americans start to receive the latest round of stimulus checks, a new analysis reveals that about $4.38 billion will also go to illegal immigrants. The Center for Immigration Studies estimates that 2.65 million illegal immigrants have Social Security numbers that allow them to receive stimulus checks. This group of illegal immigrants can be described as “aliens temporarily present without status,” according to Steven Camarota, director of research for the Center for Immigration Studies. “These individuals are in the country illegally and could be required to leave. Yet, under the current system, they are still given work authorization and Social Security numbers,” he said. They include Deferred Action for Childhood Arrivals and Temporary Protected Status recipients. In addition, U.S. Citizenship and Immigration Services issued 882,000 work authorizations and Social Security numbers to other illegal immigrants in fiscal year 2020, the analysis states. These include asylum applicants, as well as those applying for adjustment of status and suspension of deportation, among other categories.

*NOW THE WOKE CANCELERS ARE EVEN COMING AFTER ‘MOM’ & ‘DAD’:

Once they took out Dumbo and Pepe Le Pew, it was only a matter of time until the language police doubled down. An elite school in Manhattan has advised the school “community” — that means not just the staff but students and parents — to stop saying “mom” and “dad,” or even “parents,” advising them to instead say “grown-ups, folks, or family.” The Grace Church School, which charges $57,000 for students ranging from kindergarten to 12th grade, put out a 12-page guide addressed to the school community that bans a slew of words, phrases and even ideas.

“The goal of this guide is to provide the community with more inclusive language that is aligned with the mission of Grace Church School,” reads the guide. “While we recognize hateful language that promotes racism, misogyny, homophobia, and other forms of discrimination are already addressed in our school handbooks, we also recognize that we can do more than ban hateful language; we can use language to create welcoming and inclusive spaces. This guide addresses ways we can remove harmful assumptions from the way we interact with each other.”

“Families are formed and structured in many ways. At Grace Church School, we use inclusive language that reflects this diversity,” the guide says. “It’s important to refrain from making assumptions about who kids live with, who cares for them, whether they sleep in the same place every night, whether they see their parents, etc.”

*BILL MAHER SAYS AMERICA IS BECOMING SEGREGATED AGAIN, AND LEFTIST ARE TO BLAME:

HBO host Bill Maher suggested that the United States is “entering an era of re-segregation that’s coming from the left” during a Friday night “Real Time” conversation with Democratic data scientist David Shor. Shor, who worked on former President Barack Obama’s 2012 campaign and is currently head of data science at progressive nonprofit OpenLabs, was making the case that since most Americans do not agree with leftist values, Democrats should instead focus on issues most people “agree with us on” in order to win elections. “We seem to be entering an era of re-segregation that’s coming from the left,” Maher said, responding to a comment by Shor about the “geographic sorting” of liberals trending to urban areas. “I mean, on many college campuses, there are separate dorms, separate black dorms, graduation ceremonies, stuff like that. How will that affect elections in the future?”

*EATING BREAKFAST BEFORE 8:30 A.M MAY LOWER CHANCE OF DEVELOPING DIABETES:

When is the best time to have breakfast every morning? According to a new study, you shouldn’t wait too long. That’s because eating breakfast before 8:30 a.m could reduce one’s risk of developing Type 2 diabetes, researchers say. The study by Northwestern University researchers shows that people who have eaten before 8.30 a.m. had lower blood sugar levels and less insulin resistance. The finding won’t be welcome news to those who follow intermittent fasting, a popular dieting strategy that typically requires one to wait until about 10 a.m. to eat. Instead, enjoying your first snack of the day early on may be better for you, regardless of what time you stop eating.

“We found people who started eating earlier in the day had lower blood sugar levels and less insulin resistance, regardless of whether they restricted their food intake to less than ten hours a day or their food intake was spread over more than 13 hours daily,” lead study author Dr Marriam Ali says in a statement. “These findings suggest that timing is more strongly associated with metabolic measures than duration, and support early eating strategies.” Insulin resistance happens when the body does not respond as well to insulin produced by the pancreas, and glucose is less able to enter the cells. People with insulin resistance might be at higher risk of developing Type 2 diabetes. Both insulin resistance and high blood sugar levels affect a person’s metabolism, or the breaking down of food to proteins, carbohydrates or sugars, and fats.

Can a slice of bacon a day lead to dementia later in life? Researchers from the University of Leeds say eating just a small amount of processed meat each day significantly increases the risk of mental decline. Their study of nearly 500,000 people in the United Kingdom finds consuming 25 grams daily — about two crispy strips of bacon — raises dementia risk by 44 percent. These products include bacon, sausages, canned meats, and cured items like salami. On the other hand, study authors reveal eating unprocessed red meat may actually lower the chances of developing the disease. Consuming 50 grams of meats like beef, pork, and veal contributed to a 19-percent decrease in dementia risk. The team discovered the connection while examining the link between eating meat overall and dementia onset. The condition affects between five and eight percent of all adults over 60 years-old, with Alzheimer’s disease being the most common variety. “Worldwide, the prevalence of dementia is increasing and diet as a modifiable factor could play a role,” lead researcher and PhD student Huifeng Zhang says in a university release. “Our research adds to the growing body of evidence linking processed meat consumption to increased risk of a range of non-transmissible diseases.”

When you’re being investigated by the United Nations for a brutal murder, it’s probably best not to threaten to kill the person doing the investigating. But, according to Agnès Callamard, the UN special rapporteur who was tasked with investigating Jamal Khashoggi’s slaying at the hands of Saudi government agents, that’s exactly what happened to her. Callamard told The Guardian that, in January 2020, a senior Saudi official threatened to have her “taken care of” if she didn’t stop asking difficult questions. She wasn’t at the meeting, but the comment was made in front of other UN officials at an official event in Geneva. Asked how the comment was perceived by her colleagues, Callamard told the newspaper: “A death threat. That was how it was understood.” Callamard’s report, published in June 2019, concluded that there was “credible evidence” that the Saudi crown prince, Mohammed bin Salman, was behind Khashoggi’s murder, which she deemed to be an “international crime.”

Wolfe Herd, 31, is the youngest woman ever to take a U.S. company public. She is the founder of Bumble.

Laura Scudder created the first modern bag of potato chips in 1953. Previously, they were sold out of wooden barrels or scooped from behind glass counters. 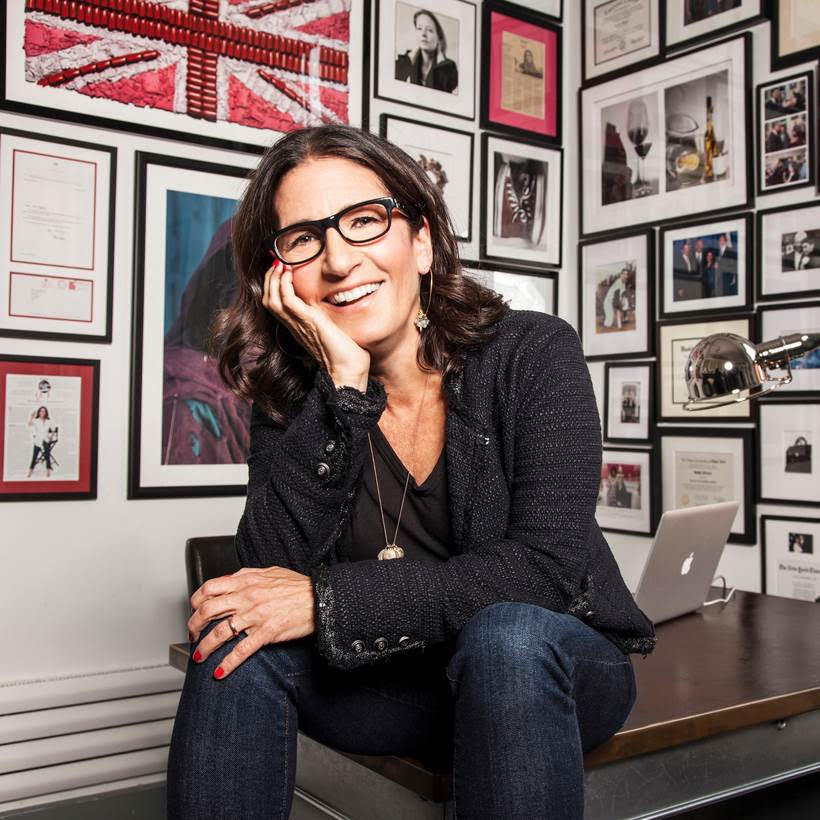 *THIS IS YOUR BRAIN ON “BIASED” NEWS – READ LBN EXAMINER:

An ultra-Orthodox man wears three masks over his face while celebrating Purim amid coronavirus restrictions in Jerusalem.

*THE P.R. REVOLUTION IS UNDERWAY: 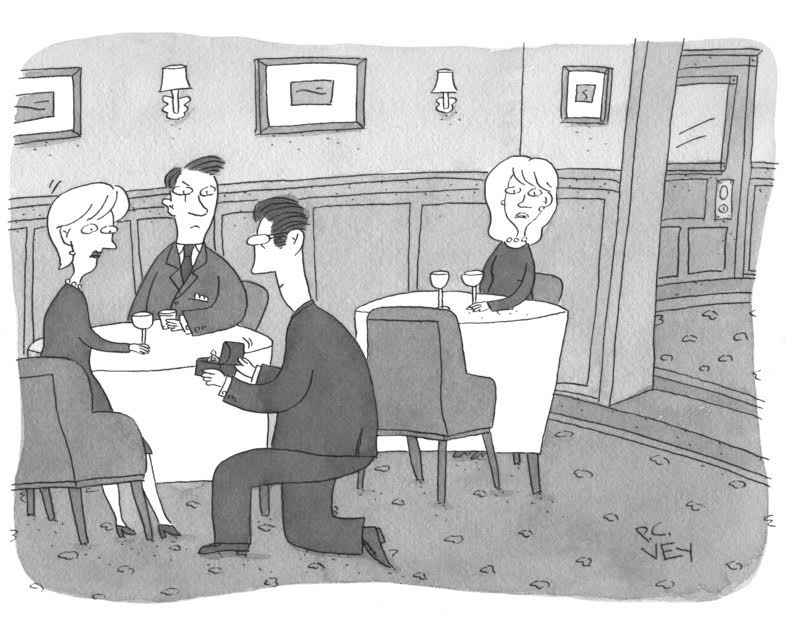 “I hadn’t finished saying no yet!”