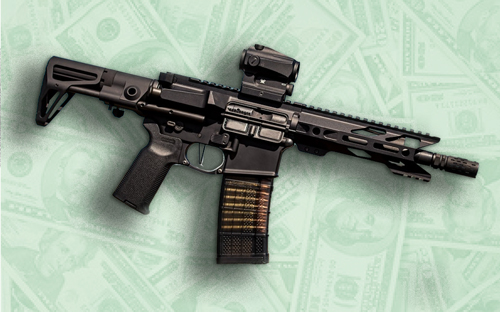 The leading manufacturers of assault rifles used to perpetrate the deadliest mass shootings in the United States have collected more than $1 billion in revenue over the past decade as gun violence across the country has surged, according to a House investigation set to be presented on Capitol Hill. The findings, released before a congressional hearing on the marketing of assault rifles, indicate that the gun industry has thrived by selling and marketing military-grade weapons to civilians, specifically targeting and playing to the insecurities of young men, while some have made thinly veiled references to white supremacist groups. The House Committee on Oversight and Reform opened an investigation into the gun manufacturing industry in May after the gun massacre in Uvalde, Texas, that killed 19 elementary school students and two teachers and a racially motivated mass shooting in a Buffalo supermarket that killed 10 people.

Around Half Of Older Americans Can’t Afford Essential Expenses: 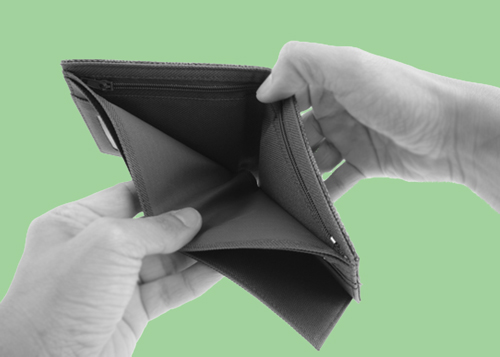 Rising inflation coupled with higher costs of living have put strains on many Americans’ purse strings. But estimates from the University of Massachusetts-Boston’s Elder Index detail the toll of the cost of aging on the nation’s elderly residents. More than half of older women who live alone are classified as poor under federal poverty standards or have insufficient incomes to pay for essential expenses, while 45% of men share the same financial situations. The index takes several factors into account, including cost of health care, food, housing and transportation, and can be adjusted based on seniors’ health status. In 2020, data from the index showed more than 2 million older couples were considered financially insecure based on their yearly incomes, according to figures obtained by Kaiser Health News.

Study Says Having Just 4 Drinks A Week Changes Your Brain: 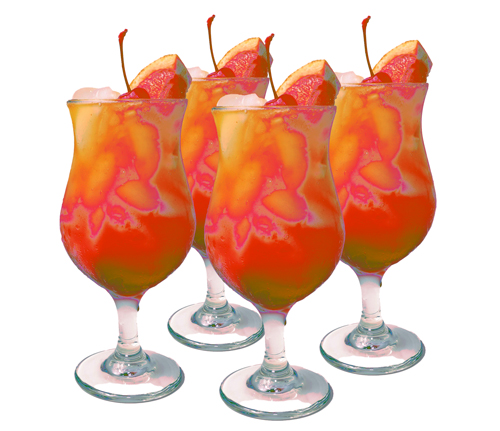 Many people have a cocktail before dinner or a drink to help them wind down at the end of the day. No big deal, right? According to a new observational study, that alcohol consumption might be changing your brain. Anya Topiwala, PhD, of the University of Oxford in England, and her study co-authors linked moderate drinking – about four standard drinks a week in the United States – to higher brain iron levels in multiple basal ganglia regions. The researcher analyzed 21,000 people in the U.K. Biobank cohort and found that more brain iron was “associated with poorer scores on tests of executive function, fluid intelligence, and reaction speed,” the researchers reported in PLoS Medicine. The researchers had three main reasons to do this study, they wrote – Growing evidence of moderate alcohol consumption negatively affecting the brain – Possibility that accumulation of iron in the brain could be the reason; higher brain iron has been described in Alzheimer’s, Parkinson’s and other neurodegenerative condition – The researchers knew of no studies investigating whether brain iron levels differ by level of alcohol consumption. 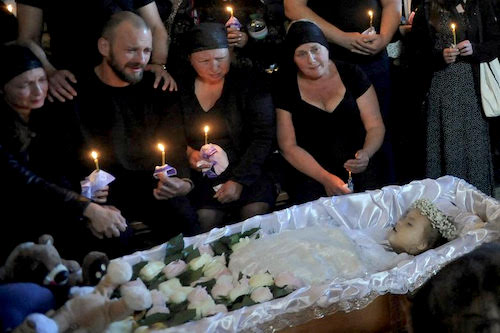 Relatives react during a funeral ceremony for 4-year-old Liza Dmitrieva, who was killed during a recent Russian missile strike in Vinnytsia, as Russia’s attack on Ukraine continues. 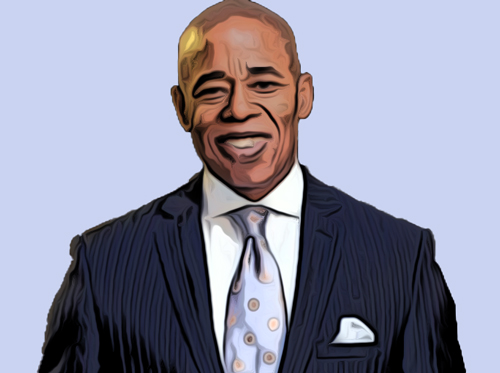 Last week, New York City Mayor Eric Adams, a Democrat, called for federal assistance to help with what he said was a flood of 2,800 asylum seekers who were making it difficult for New York City to fulfill its legal obligation to provide housing to those in need, known as the right to shelter. Adams said the influx was partly caused by migrant families “arriving on buses sent by the Texas and Arizona governments.” 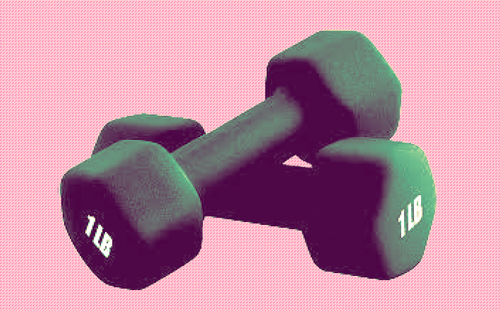 Exercise alone won’t compensate for a poor diet, according to researchers from the University of Sydney. Even if you spend all day and night in the gym or running laps, you’re still better off steering clear of fatty, processed foods. Researchers conclude that high levels of physical activity do not counteract the detrimental effects of a poor diet on mortality risk. Study authors add individuals who both exercised frequently and stuck to a healthy diet displayed the lowest mortality risks. 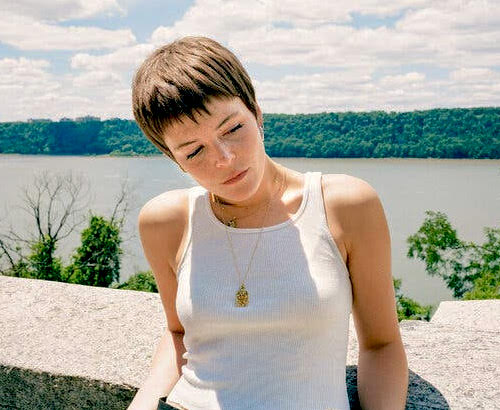 Maggie Rogers was an undergraduate at New York University when her track “Alaska” drew a viral bit of adulation from Pharrell Williams, and she tried to recapture the city’s energy on her new album. 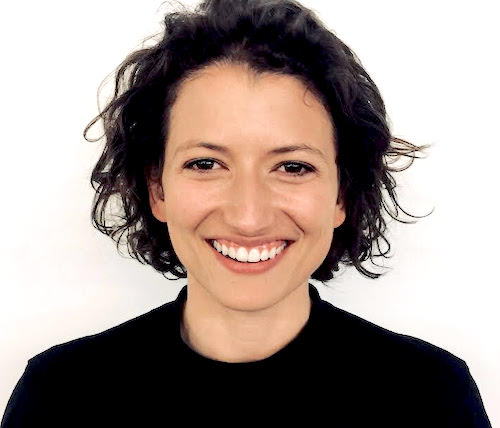 ** Former homicide prosecutor Brooke Jenkins has been tapped by San Francisco’s mayor to replace ousted district attorney Chesa Boudin – and I for one could not be more pleased. Jenkins had quit the Boudin office in October 2021, claiming that Boudin had defanged the office and was soft on crime, showing empathy only for the perpetrators and rarely the victims. She joined the recall effort. Days before his recall, Boudin backed out of a debate with Jenkins, likely knowing the bad optics (Boudin, the radical white guy v. Jenkins, the moderate liberal black woman). “I will restore accountability and consequences to our criminal justice system here in San Francisco,” she said in her first speech as DA.

** Self-defense is illegal in New York: A man jumped behind a bodega counter in West Harlem and attacked the guy working the register, Jose Alba. The bodega worker fought back with a knife, killing his attacker. Manhattan’s progressive DA put Alba in Riker’s, arraigned on a second degree murder charge, and set bail at $250,000 (lowered now to $50k after protests). The lesson: Self-defense is illegal. If you’re being attacked, you need to take it.

** Urgency is white supremacy, says Oregon: Public health officials in Oregon announced they would be delaying a meeting because to rush and get everything done for it was a white trait. Here’s what a high ranking Oregon Health Authority official wrote to postpone the upcoming confab: “We recognize that urgency is a white supremacy value that can get in the way of more intentional and thoughtful work, and we want to attend to this dynamic. Therefore, we will reach out at a later date to reschedule.” The KKK would unironically love this explanation.

** Whatever happened to just calling someone a Republican: If you’ve been reading mainstream media, first, I’m sorry. Second, you’ve probably noticed that the words conservative and Republican are falling out of favor for a hot new descriptor: far-right. Much scarier. The NYT brings us this week’s headline: “The Rise of the Far-Right Latina.” The paper names three Latina Republicans who “share right-wing views on immigration, the 2020 election and abortion, among other issues.” Here’s how one Texas congressional candidate’s politics are described by the Times: “Raised conservative, she went to church three times a week and entered politics soon after college, working as the outreach director for Mr. Cruz in McAllen. As a candidate, she has focused on religious liberty, school choice and abortion bans – issues on which she said the region’s Hispanic voters were increasingly like-minded.” You might think, well, this sounds like a standard issue conservative congressional candidate. Not anymore. 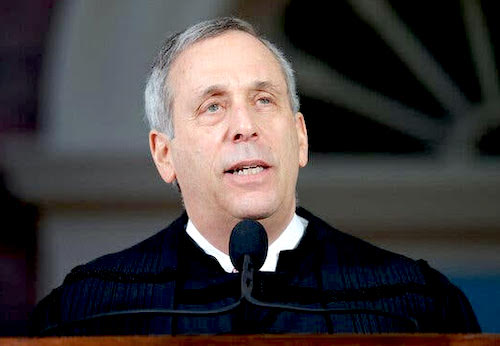 Lawrence S. Bacow, the president of Harvard University, along with 12 members of the White House staff, 3 Nobel Prize winners, over 100 Academy Award winners, 6 U.S. Senators, and over 300 Grammy Award winners.

** Sadomasochism is the only way to describe the Biden Administration’s willingness to impoverish and destroy America in order to destroy and inflict maximum pain on Russia. —- Tulsi Gabbard

** “Until you make the unconscious conscious, it will direct your life, and you will call it fate.” —- Carl Jung

** The brazenness and brutality of Russia’s assault on Ukraine earlier this year had a direct and potent effect on the West. NATO, far from crumbling, rallied together, pledged higher military spending, and even added new members, Finland and Sweden. The Zelensky government proved itself extremely gifted at the politics of resistance and mounted a heroic, spirited defense. Vast amounts of modern military aid flowed to Ukraine from the West, most recently HIMARS rockets, helping stymie Russia’s incursion, prevent a sudden victory, and bog the invaders down. Unprecedented sanctions against Russia were crafted by Biden and European countries to devastate the Russian economy. It looked briefly as if Putin had massively miscalculated – and needed a way out. It doesn’t look quite like that now, to put it mildly. —- Andrew Sullivan

** Though the publishing industry would never condone book banning, a subtler form of repression is taking place in the literary world, restricting intellectual and artistic expression from behind closed doors, and often defending these restrictions with thoughtful-sounding rationales. As many top editors and publishing executives admit off the record, a real strain of self-censorship has emerged that many otherwise liberal-minded editors, agents and authors feel compelled to take part in. —- Pamela Paul became an Opinion columnist for the N.Y. Times in 2022. She was the editor of The New York Times Book Review for nine years and is the author of eight books, including “100 Things We’ve Lost to the Internet.” 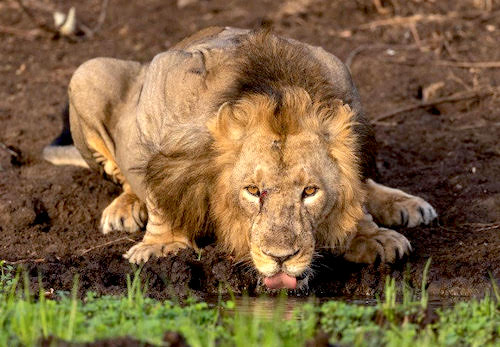 Wildlife photographer Hardik Shelat waited eight hours for a “dream” photograph of a mighty lion drinking from a watering hole.

** The average monthly rent in Manhattan surpasses $5,000 for the first time. 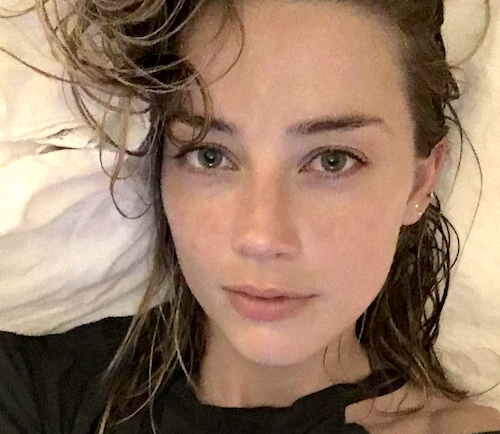 Bot Sentinel, a research firm that detects and tracks bots, trolls and suspect accounts, studied how Amber Heard was treated during the civil trial. It found that the targeting of the Aquaman actor was “one of the worst cases of platform manipulation and flagrant abuse from a group of Twitter accounts.” 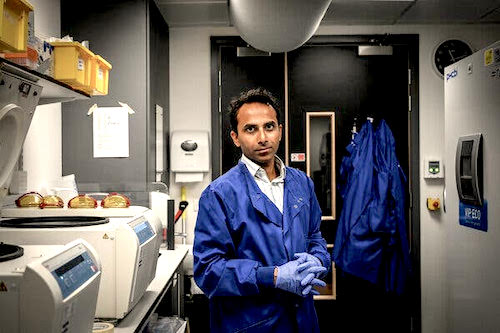 Ravindra Gupta, an LBN Examiner reader, working in the labs at the Jeffrey Cheah Medical Center in Cambridge, England. After helping to cure a patient of H.I.V., the second ever, he has turned his attention to COVID. 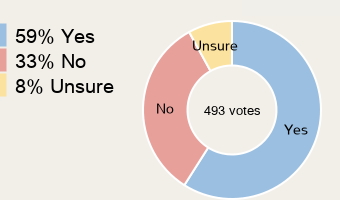 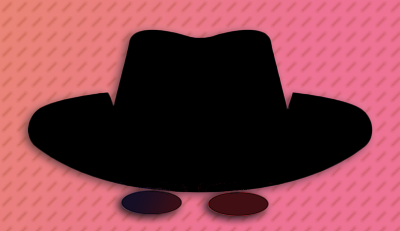 ** Heavier menstrual cycles were a temporary side effect of COVID vaccines for some, a study found. READ

** Amazon sues the administrators of more than 10,000 Facebook groups for coordinating fake reviews in exchange for money and free products. READ

** The U.S. states where you pay the most in taxes. READ

** Rare outtakes of Robin Williams as Genie in Aladdin. WATCH 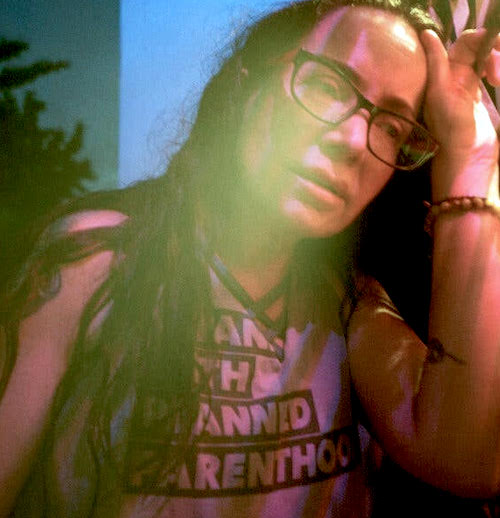 Comedian Janeane Garofalo after a show in Brooklyn. In the ’90s she played a crucial role in turning stand-up comedy away from the polished, tight sets ready-made for a sitcom or TV appearance.

Examiner – Did You Know?

The Pentagon announced it is opening a new office to study UFOs. The All-domain Anomaly Resolution Office (AARO) is the result of several groups, including Navy pilots, describing encounters with unidentified aerial phenomenon. 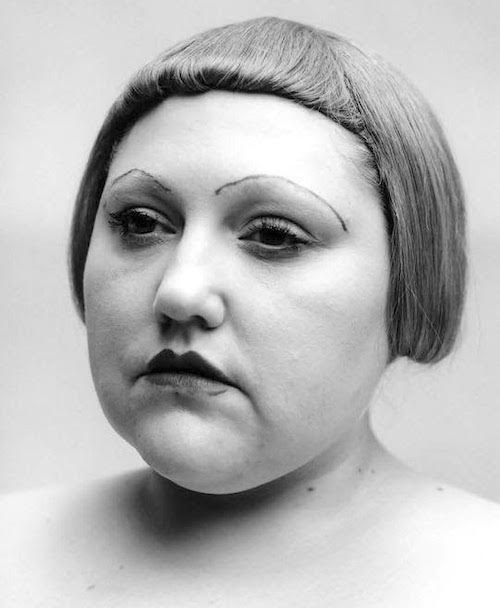 “What I most respect about the LBN Examiner is that it is fearlessly independent and unbiased. I’m sick and tired of the mainstream media trying to sell me their ill, slanted agenda.” —- Elena S., Bucharest, Romania

New data from the paywall tech company Piano shows about 33% of new subscribers cancel their digital subscriptions to mainstream news sites within a day. LBN Examiner readers in all 50 of the United States and 26 foreign countries have proven tremendously loyal, with less than 2% leaving in the first 30 days. 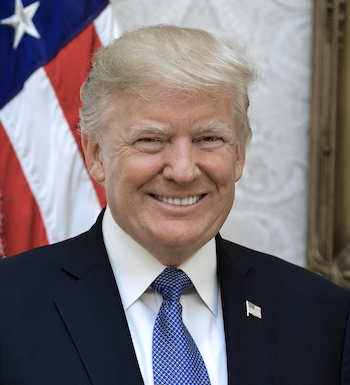 WILL FORMER PRESIDENT TRUMP RUN IN 2024?

** On July 28, nine coal miners trapped in a Somerset County mine in Pennsylvania were rescued after more than 75 hours underground.

** On July 30, “The Sarbanes Oxley Act” was signed into law by President George W. Bush. 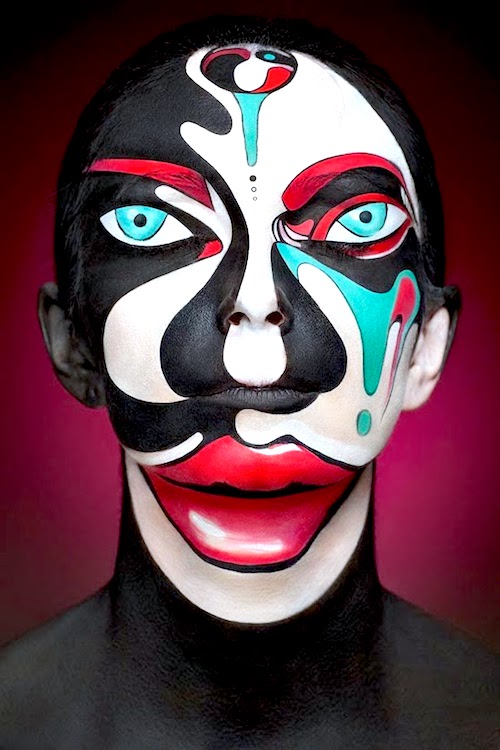