Nearly half of Americans changed their sports viewing habits as progressive political messaging took over sporting events, according to a new poll. The YouGov/Yahoo News poll released Monday showed that about three times as many Americans who started watching more sports in the midst of social justice messages actually watched less, Yahoo Sports reported. About 11 percent of poll respondents said they watch more sports on TV because leagues and athletes are embracing political advocacy. However, more than one-third (34.5 percent) said they were watching less.

*SMELLS LIKE WEED? THIS DETROIT RESTAURANT SAYS TO STAY AWAY: 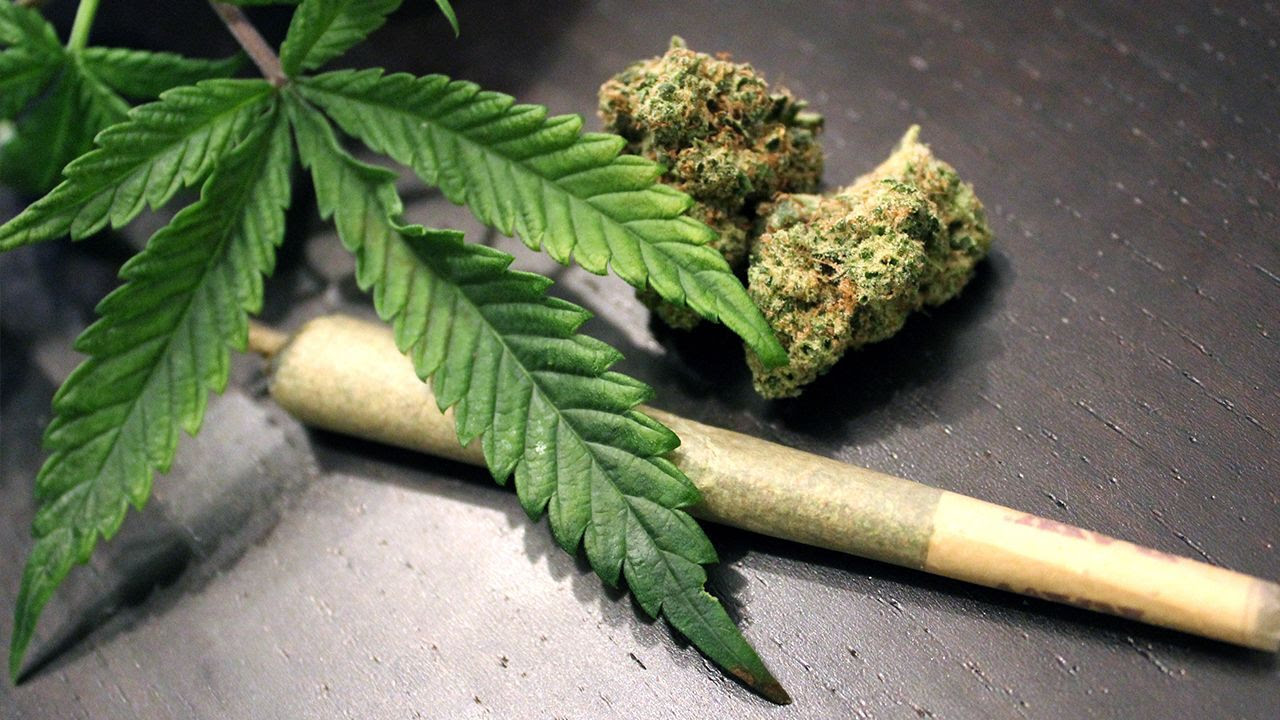 An upscale Detroit restaurant’s Facebook post reminding guests to dress up and not smell like marijuana generated mixed reactions. The post laid out the dress code for Caucus Club Detroit — business casual at a minimum, and said, “If you smell like marijuana don’t even think of stepping inside.” George Sboukis said people’s dress and behavior are more relaxed because of the pandemic. “It was a reminder with a little bit of sauce just to get people’s attention. I don’t mean any harm by it,” Sboukis said. He said the restaurant is a fine dining establishment where people dress up.

“We’ve had people celebrating their 50th (anniversary) last week, the week before that. They’re getting dressed up, they’re putting on an evening gown, their earrings, their best suit. They’re coming out to celebrate and they expect to be surrounded by like-minded guests,” Sboukis said. He added that he’s gotten complaints from other diners about guests who reek like pot. “It’s so pungent, some of the guests have commented, ‘It smells like you’re seated next to a dead skunk,’” he said. Some people said they should be able to dress comfortably if they are spending their money at a business, while others said to just dress up. One person called the post racist. Sboukis disagreed.

“I have to tell you I’m really offended by that both personally and as a citizen. For starters to try and insinuate that any group of people is incapable of following a code, is in itself a racist statement,” he said. “If you scroll through the social media, you’ll also notice a big hole in my family — my adopted son died two years ago this May. He was 21. He’d be 23 now, and he died in a car accident. He was African and Greek descent, and he was, that’s my family.” Sboukis said the post was about getting back to the way things were before COVID-19. “We want to get back to feeling good about ourselves and a big part of that is getting dressed up and going out,” he said.

After 85 years of cheap hospital bills, moderate stock earnings and maturing “Christmas funds” (whatever that means), Hasbro now plans to bring Monopoly into the increasingly “woke” 21st century.  The game-maker has decided to update its 16 Community Chest cards, which featured outdated prompts such as winning a “beauty contest,” actually receiving a “tax refund” or the now-rarely seen “bank error in your favor.” In their place are more contemporary cards that evoke community service and social awareness. Swaps could include a reward for “shopping local all week,” rescuing a shelter pet or helping tend the community garden. But Hasbro wants players to decide which to include via voting.  “Since Monopoly became a household name more than 85 years ago, the world has changed and embraced a new sense of community — particularly after the unprecedented year of 2020,” said Anne Leonhardi, a marketing director at Hasbro.

“With community being more important than ever before, this year is the perfect time to give fans across the country the chance to show what community means to them through voting on the new set of Community Chest cards,” Leonhardi said in a statement. Other scenarios include rewards for visiting with an elderly neighbor, patronizing the school bake sale or donating blood. One may even be praised for being a good friend: Video chat them on a “tough day” and you could call on that friend later to “get out of jail free” — because, yes, Monopoly knows how that game is played.

*18 DEAD AND COUNTING – POLITICIANS KEEP GETTING KILLED IN MEXICO:

Mexican officials condemned the weekend killing of a would-be candidate for mayor in a small town in the southern state of Oaxaca. Ivonne Gallegos Carreño was planning to run for mayor in the small town of Ocotlán de Morelos, Oaxaca before she was gunned down in her car on Saturday. Analysts said Monday 18 pre-candidates have been killed so far in the run-up to the June mid-term elections. They were killed before they opened formal campaigns. The consultancy firm Etellekt said in a report that killings have come mainly in violence-plagued states like Veracruz, on the Gulf coast, and Guerrero, on the Pacific. But isolated killings have occurred in a half-dozen other states. While motives vary in cases that have been solved, politicians in Mexico face threats from drug cartels, political rivals and corrupt police. Mexico’s National Women’s Institute said in a statement that “violence against women cannot be allowed or tolerated in a democratic system.”

“Our hope in beginning the production process again with a new title will allow us to put into practice an intentional process based on the work we have been doing towards equity and inclusivity.”  In the same statement, the theater announced that it will invite and pay for a [black, indigenous, or person of color] to analyze the makeup of the cast and how to make the show adequately “anti-racist.”  “We believe this new process will allow us to tell the story in a rich way and allow us to live out our commitment to identity-conscious casting and becoming a more intentionally anti-racist theater,” the statement reads.

It turns out you don’t have to live in “the city that never sleeps” to be an American suffering from sleep deprivation. A new study reveals less than one in 10 people (8%) actually feel fully rested after sleeping. A survey of 2,000 respondents finds that, on average, Americans only get five hours of sleep every night. More than six in 10 people (61%) cannot remember the last time they felt truly well-rested. Just over one in five (22%) say they can “never” get enough sleep, while 79 percent are satisfied with their sleep. Americans who say they don’t get enough sleep are likely to be more introverted (29%) and blame stress for keeping them awake at night (68%). They are also more particular about falling asleep only if they’re in the right conditions (64%) and would even give up an hour of morning productivity if it means getting more sleep (32%). Meanwhile, Americans who say they do get enough rest at night are likely to be extroverts (22%) and less likely to allow stress to prevent them from sleeping (55%). They also care less about their surrounding conditions when going to bed (61%) and would rather not give up that hour of productivity (14%).

As far as what keeps them up at night, the majority of Americans (61%) have no problem agreeing that the vicious political and pandemic news cycles have caused them to lose sleep over the past year. Commissioned by LIFEAID and conducted by OnePoll, the study also reveals 69 percent of all Americans wish a lack of sleep was taken more seriously than it currently is by society. On average, 61 percent of Americans struggle to fall asleep three times a week. However, nearly four in 10 people (39%) refuse to take any sleeping aids to help. The top reasons they don’t take any sleeping aids include not trusting them (42%), not wanting to become dependent on sleep meds (40%), and being afraid of negative side-effects (34%). “The past 11 months have given all of us plenty of highly stressful reasons to stay awake at night. Coupled with factors like working from home or even unemployment, homeschooling and the loss of our usual exercise routines, our individual circadian rhythms and the quality of our personal sleep are all over the map,” says LIFEAID Beverage Co. co-founder Orion Melehan in a statement. “Now, there’s Daylight Savings and World Sleep Day, and it’s clear the importance of getting a good night’s sleep is more important than ever before.”

WHAT’S UP: BY SARAH GARCIA
***The control of major media by one political party is a dangerous threat to the country, a federal judge warned in a blistering dissent that called for courts to revisit libel laws that generally protect the press from being held liable for their reporting. Amen!

America’s bald eagle population has quadrupled since 2009, thanks to conservation efforts. The birds — which can have a 7.5-foot wingspan and can dive at up to 99 mph — are now 300k+ strong.

*WELCOME TO THE WORLD OF “INTEL FOR INFLUENCERS” – READ LBN EXAMINER:

Andrea Maikovich-Fong, a psychologist in Denver, said she sees a lot of patients anxious about a return to “normal.” “There are a lot of people walking around with a false sense of security, who are a lot more comfortable than they were a year ago,” she said.

84% of readers in all 50 of the United States in 26 foreign countries find the LBN Examiner to be “fearlessly independent” and “unbiased”.

*EXAMINER – HEALTH:
HOLDING ON TO NEGATIVE EMOTIONS CAN HAVE LASTING IMPACT ON YOUR WELL-BEING:

It turns out the song “Don’t Worry, Be Happy” may be more accurate than people think. Psychologists at the University of Miami say the longer negative emotions linger in the human brain, the worse it is for your mental health. Suppose you drop your breakfast on the way to work and it splatters all over your clothes. Later that day, a colleague comes up to say hello, not knowing about your rough morning. Do you grumble a reply, still thinking about your lousy day, or greet them politely? The study finds those holding on to negativity longer in their amygdala may impact their long-term psychological well-being. The amygdala is the almond-shaped structure on both sides of the brain’s cerebrum which evaluates stimuli and supports emotion and memory.

“One way to think about it is the longer your brain holds on to a negative event, or stimuli, the unhappier you report being,” says lead author and Ph.D. candidate Nikki Puccetti in a university release. “Basically, we found that the persistence of a person’s brain in holding on to a negative stimulus is what predicts more negative and less positive daily emotional experiences. That in turn predicts how well they think they’re doing in their life.” “The majority of human neuroscience research looks at how intensely the brain reacts to negative stimuli, not how long the brain holds on to a stimulus,” adds assistant professor of psychology Aaron Heller. “We looked at the spillover—how the emotional coloring of an event spills over to other things that happen. Understanding the biological mechanisms of that is critically important to understanding the differences in brain function, daily emotions, and well-being.”